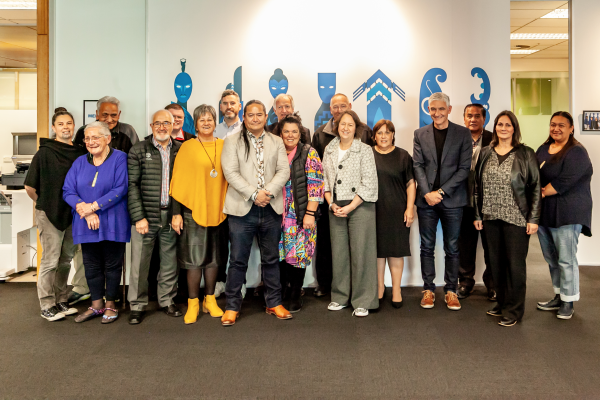 Whānau Ora is a Māori approach to delivering social and health services to whānau, created to address systemic inequities that have resulted in poorer outcomes for Māori. The Whānau Ora approach puts whānau at the centre of change and supports them to fulfill their dreams and aspirations.

Whānau Ora was created in 2010 under the oversight of Dame Tariana Turia, then Minister Responsible for Whānau Ora, who was tasked with developing the new model and working with other ministers to implement a cross-governmental approach. The first three years focused on building the capability of existing kaupapa Māori providers to design and deliver whānau-centred services. In 2014 the approach evolved with the establishment of three Whānau Ora Commissioning Agencies that would invest directly in their communities. The creation of these agencies has helped to ensure funding decisions are made closer to the communities they serve.

Whānau Ora Commissioning Agencies are contracted to fund and support initiatives that deliver Whānau Ora outcomes.  They act as brokers in matching the needs and aspirations of whānau with funding and support that will help them achieve their aspirations. The three agencies are:

Te Pūtahitanga o Te Waipounamu is a collective of eight iwi who are committed to the delivery of Whānau Ora in the South Island. Each iwi is represented as equal shareholders in Te Taumata who provide high level strategic and cultural oversight to Te Pūtahitanga o Te Waipounamu. The General Partnership Limited Board provides operational governance.

The kaimahi who work for the organisation are split across teams who support whānau at different stages of their Whānau Ora journeys.

Read more about Who We Are