The whakataukī, he waka eke noa, is often used to represent the concept that ‘we are all in this together’.   Waka, in fact, are frequently drawn on to help us focus – where is our waka heading (what is our vision); what is it that compels our waka forward (commitment to kaupapa); what do we need to help us get through this journey.

Last weekend, our Youth Justice kaimahi, Natasha Barrett, had a beautiful day at Queenstown with rangatahi participating in a waka ama wananga.  Natasha herself is now a full time paddler; having started training with the women’s group this week. 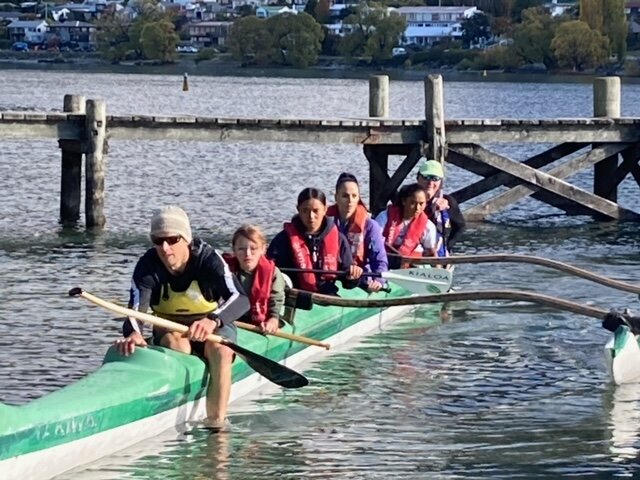 And while we are talking about the sense of unity and shared purpose when we are all in the waka together, it is a great opportunity to wish Te Kotahitanga a very happy 50th birthday.

The Golden Jubilee Reunion/Maumahara for Te Kotahitanga KI Waitaha Kapa Haka Group will be held over the weekend of 23-25 April 2021 at various locations throughout Ōtautahi.

Te Kotahitanga Kapa Haka has been the longest standing kapa haka group in Ōtautahi.  There is a long history of local whānau being involved, with third generations of these whānau participating.  This celebration this weekend is an opportunity for past and present members to again come together to celebrate the amazing history, as well as an opportunity to share in a maumahara service for those many past members who have passed away. There will also be the chance for our wider community to become involved and share their aroha, respect, and acknowledge Te Kotahitanga for everything that we have be involved in within our community.

Our hearty congratulations to Tihi and Willie Puanaki, who have been instrumental in the phenomenal impact of Te Kotahitanga across Te Waipounamu.

TE ARATEATEA – A DIFFERENT APPROACH TO HEALTH AND WELLBEING

Te Ara Teatea Trust was established to enable whānau to be empowered and encouraged to connect to their Tūpuna, Ngā Atua Māori and whakapapa, through the sharing of Whare Wānanga Lore.

The concept is based on the knowledge that Māori philosophies and mātauranga help to restore the balance of mauri, wairua and tinana to ensure long term health and wellbeing.

This is the first phase in a larger, long-term commitment to Ōtautahi and Te Waipounamu, to grow the capability of whānau so whānau can access and participate in Te Ao Māori approaches to healing, health, and wellbeing. The vision is to grow and support whānau spiritually within our traditional healing practices, to feel empowered to embody our cultural and spiritual practices of living and being.

As the nation reacts to the tentative first steps being made towards establishing a Māori Health Authority, we are thrilled to profile Te Ara Teatea to promote their long term healing strategy.   The dream is to build Te Ao Māori spaces for health and wellbeing within communities where Ngā Atua, our Tūpuna and whānau are integral to who they are and what they bring to the world.

“We know from personal experience that through wānanga and traditional healing practices, whānau can experience a deep, life-changing connection to self, to their whānau and to their community,” says Ruatau (Tūhoe,  Ngāpuhi).   “And as they become reconnected to their whakapapa, they start to realise their own inner strength and potential.”

The purpose of this kaupapa was to resurrect and revitalise Te Waipounamu netball traditions and whakapapa for both new and old team members.  This was achieved through wānanga, te reo Māori, tikanga, whanaungatanga, and respect.  These concepts were the leading values and principles for all management and kaumatua attached to this whānau initiative which included High Intensity interval fitness challenges and team building activities.

The aim was to help create motivated, nurturing and confident whānau all over Te Waipounamu who are healthy, strong, and fit.  Hauora was the goal, along with creating social and cultural connections with netball peers throughout Te Waipounamu.  As part of this, healthy eating and nutrition was one of the key disciplines during training. 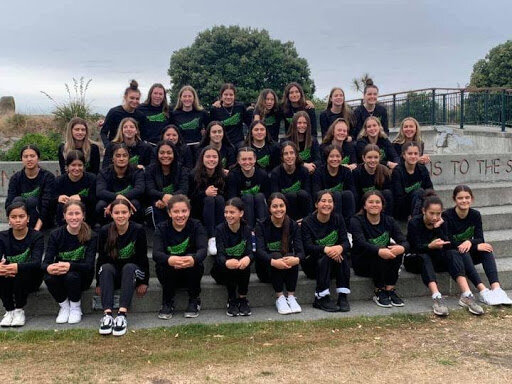 In the first week of February 2021, almost 150 young women (aged 12-24 years) participated in a three-day wānanga in Oamaru, where they learnt new drills, skills, speed and participated in agility testing.  Waiata, hīmene, mihimihi, te reo and tikanga Māori teachings were confidently delivered and shared with all who participated to increase their connection to te āo Māori during the wānanga.  The squads were preparing for the Aotearoa Māori Nationals 2021.

Be Healthy, Be Fit, Be Proud, Be Māori

It was a wonderful gift this week to meet with Ngaire Button and Melody Tuliau to discuss one of their projects to consult with Cantabrians about health and wellbeing with a view to supporting hauora from a preventative perspective.

Ngaire Button is the equity lead for the Canterbury Clinical Network.  Ngaire, whose iwi are Tūhoe and Ngāti Porou, has spent most of her life in Ōtautahi and raised her six children here. She has worked extensively in community development, worked for the Canterbury DHB as the Māori and Pacific Portfolio Manager and has also been an elected member in Christchurch City Council including Deputy Mayor in the three-years following the February earthquakes. 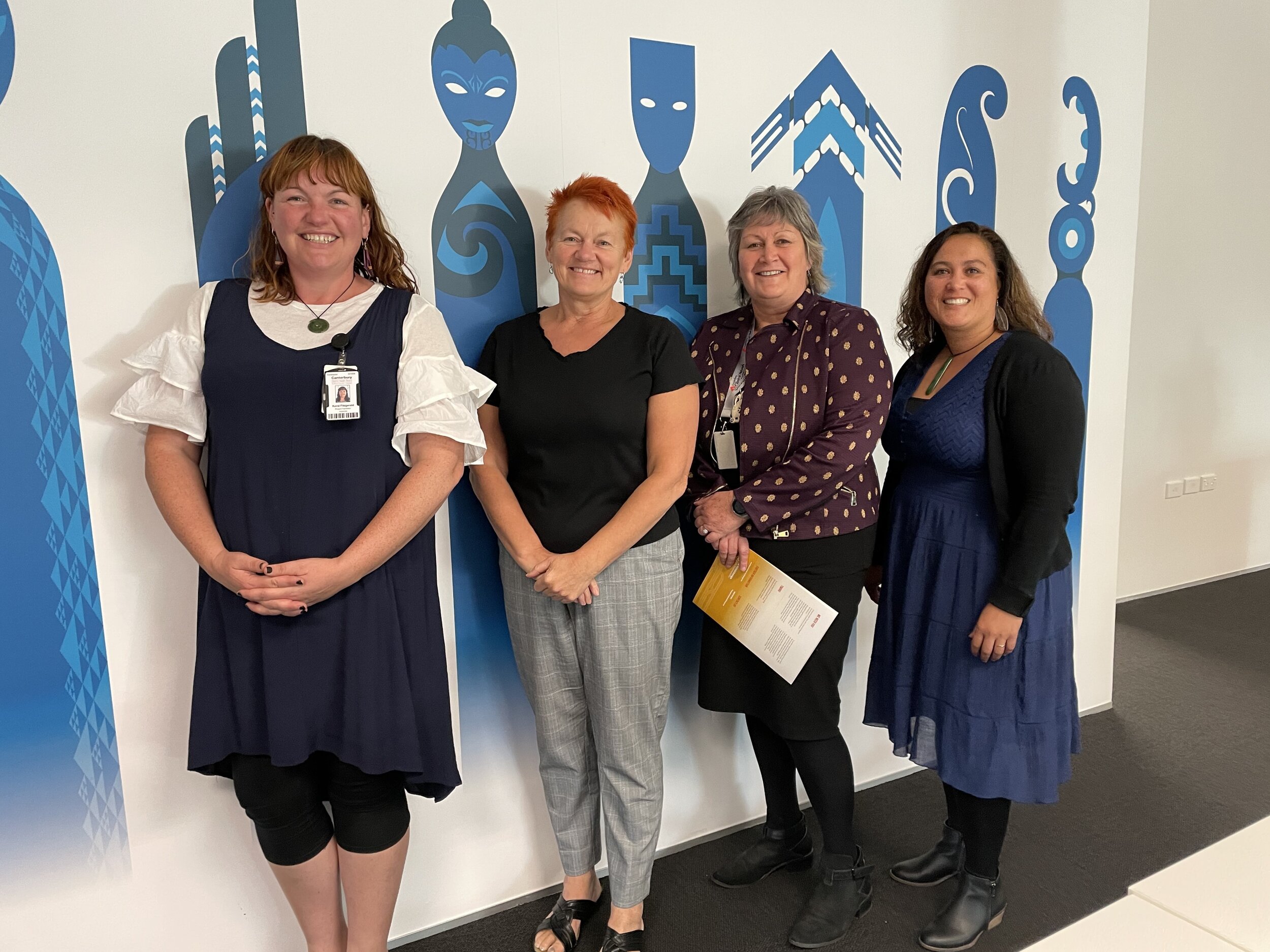 Our Dame – the Queen of Bowel Screening

It was a treat last week to catch up with Dame Taua Aroha Reriti-Crofts – as she proudly declared herself a Bowel Screening Champion.

Bowel screening can find bowel cancer and also detect polyps (growths). These are not cancer, but they may develop into a cancer over a number of years. Most polyps can be easily removed, reducing the risk that bowel cancer will develop.  Programme Champion and the face of the campaign Dame Aroha Reriti-Crofts says Māori have high incidences of bowel cancer and it’s hugely important they use the test kit.

“Awareness of bowel cancer, that has to be an urgent message for our people. You get a kit in the mail. Follow the instructions, swipe your tūtae with the test stick and seal it up, click it shut, in the pack, in the mail, in the post box on the day you do your test. 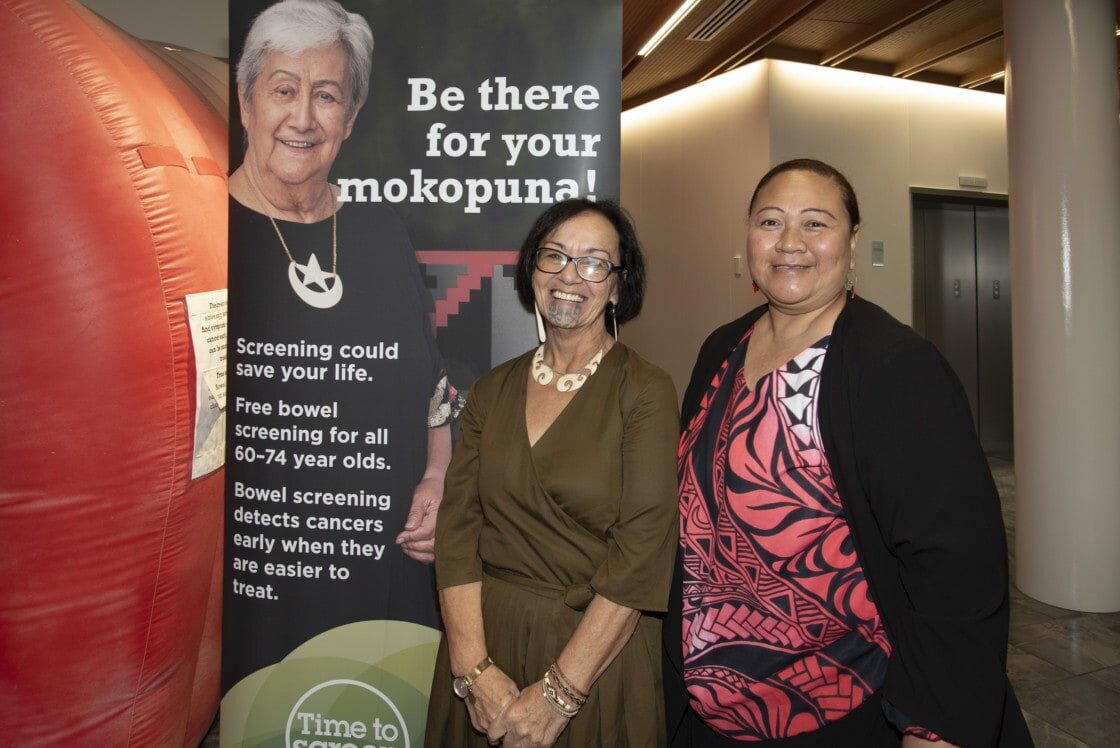 It was an honour and a privilege this week to meet with the Ministerial Advisory Group to Oranga Tamariki, namely Dame Naida Glavish, Ta Mark Solomon, Matthew Tukaki; Henare Mason and Bernie O’Donnell.

We were absolutely determined that the range of experiences whānau have with the state system of care would be heard.   We invited Dy Stirling (Noku te Ao) to talk about Mokopuna Ora and the impact of believing in parents.   We asked Ariana Mataki-Wilson and Piwi (Gwyneth) Beard to talk about Tu Pono: Mana Kaha o te Whānau; passing on the tools of transformation to families who want the change the Dynamics in their household.   We had Rachael Haate, sharing the wisdom of the Navitator Network; and Maree Meechang and Mamaeroa Ngata-Stevens, from inside Oranga Tamariki.   Vania Pirini talked about Navigator literacy and Ivy Harper talked about the Puna fund.

Ivy Harper and I with Dame Rangimarie Naida Glavish

Kōanga Kai is an initiative that supports whānau rangatiratanga by building healthy and sustainable kai production practices, influenced by the traditions and mātauranga of our tīpuna. It provides physical resources and coaching so that whānau can create gardens in their homes and communities, and engage in planting, hunting, gathering, foraging, producing, preserving and preparing kai.

Kōanga Kai is about self-determination and sustainability – kai production that puts whānau in charge of creating healthy lifestyles, and that is environmentally and economically sustainable.

It doesn’t matter if you are a maara kai beginner, expert, or somewhere in between. Kōanga Kai has opportunities for whānau who are just starting out, right through to whānau who want to use their knowledge to support others.

A:         Whānau are at the centre of Kōanga Kai. Kōanga Kai also establishes the support networks around whānau to make sure that whānau maara are successful. The three roles in this support network are:

Vendors will be already established to provide all resources to assist whānau at any level that they want to build their maara kai. Packs for beginners, intermediate, or advanced skill levels will contain a mixture of pots, planter boxes, tools, soil, and seedlings, and will be delivered to whānau houses.

Whānau initiatives are those that have maara kai whenua and can supply maara establishment packs to whānau directly, as well as holding wānanga on growing food. Whānau initiatives will have a whānau network and the possibility of extending their maara and whānau engagement further.

Kaimaara are those with extensive maara kai knowledge to support educational aspects for whānau and whānau initiatives.

Expressions of interest are open now for whānau initiatives, maara vendors, and kaimaara, and close on 29 April 2021.