This week I was introduced to the word ‘seiche’ (pronounced saysh).

If you have observed water sloshing back and forth in a swimming pool, bathtub, or cup of water, you may have witnessed a small-scale seiche .

On a much grander scale, the same phenomenon occurs in large bodies of water such as bays and lakes. A seiche may occur in any semi- or fully-enclosed body of water.

We have used the concept of a seiche wave to explain what we are doing in the interface between Wave 14 and Wave 15. Essentially when Wave 14 closed we had record numbers of applications – a massive 285. However, 118 of these applications were described as ‘incomplete’ – they lacked a letter of Support, or had missed a few of the sections on the application form.

Rather than open up to a whole new wave, we are looking at Wave 15 as really providing an opportunity for those applications that were already submitted to have a bit of love and hopefully get across the line.

Wave 15 is a unique funding round for Te Pūtahitanga o Te Waipounamu, that is only available to applicants to Wave 14 who were declined or their applications were incomplete. To support applicants to strengthen their applications, a range of capability development opportunities have been put in place, including applicants being able to access a two hour coaching session; direct coaching support; online business plan builder; kaituhituhi Support and online application wananga. 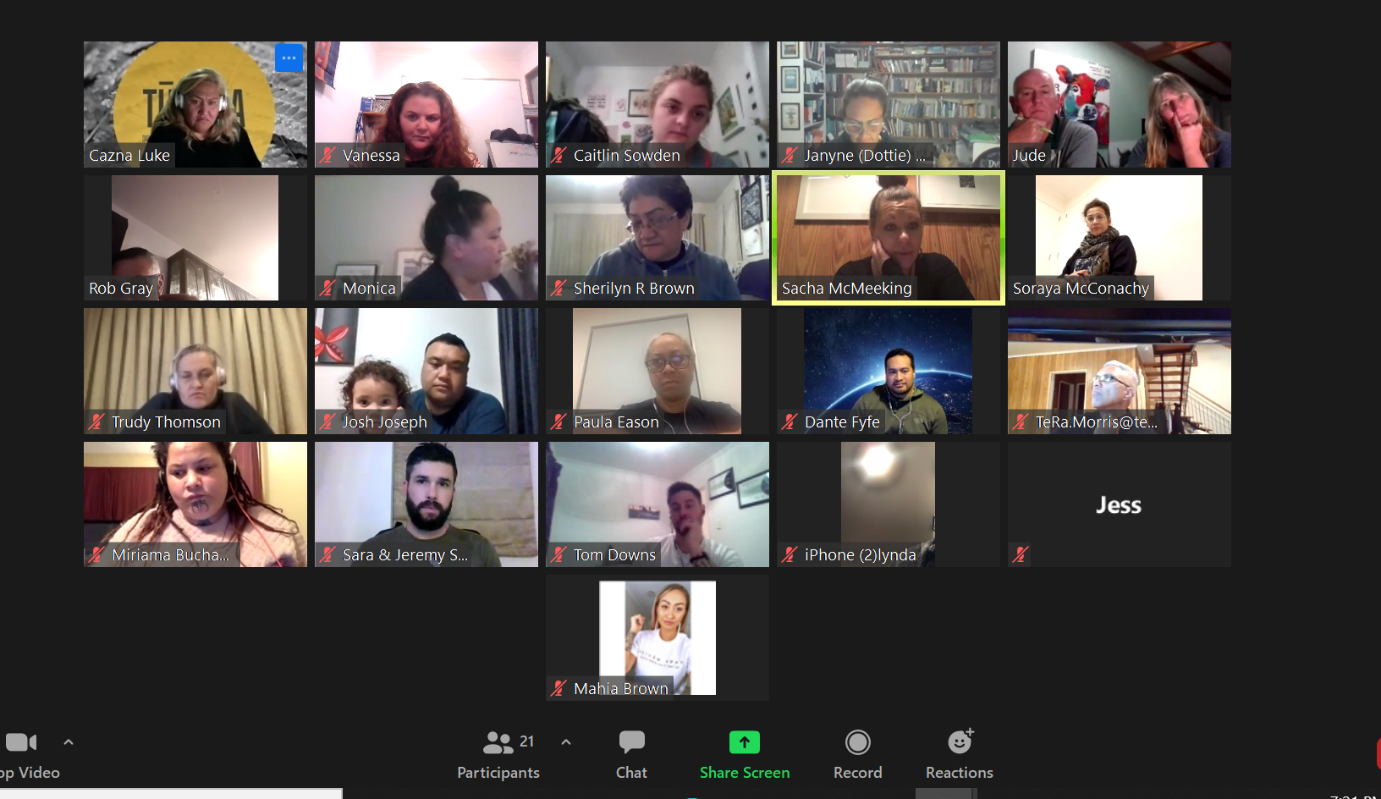 The initial findings of this new approach are exciting. Of the 45 applicants who attended first seiche session;

• 32 whānau are seeking direct support to help shape and tighten their idea;

• 24 whānau are seeking support to tighten their budgets

• 25 whānau are seeking help with writing their application

There is nothing as exciting and refreshing as being in the company of genius. The team this week hit the road – Saba, Mihi-Rose and Leanna – travelling to Nelson to explore the magic of a “Part Two” – that is the outcomes that whānau want to work towards. While there they couldn’t resist a moment to appreciate a beautiful sunset on Tahunanui Beach. 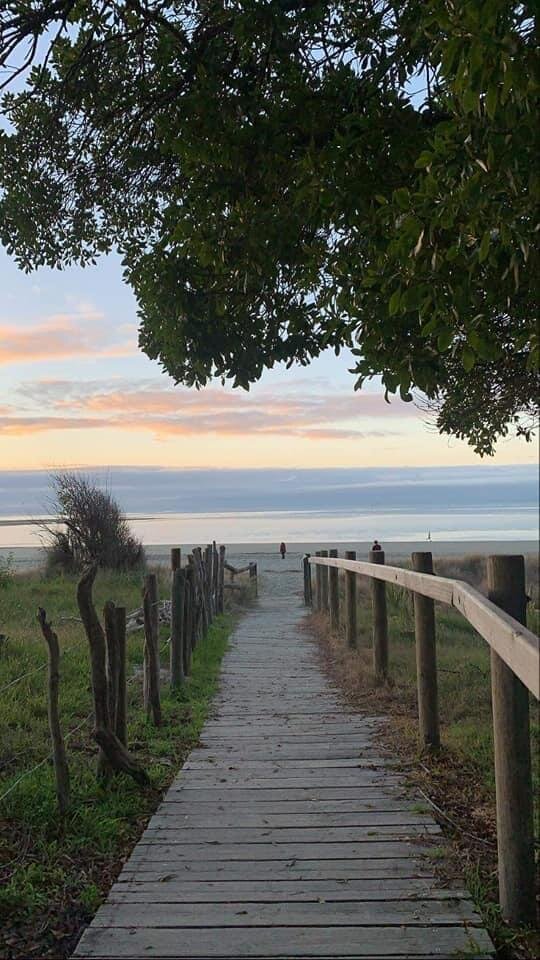 All the feelings were present this week when the entire community that is Nōku te Ao and Te Pa o Rakaihautū gathered in a very special piece of land in the red zone in Christchurch.

There was a pā in the area called Te Oranga and a kainga nohoanga called Pohoareare, according to Aperahama te Aika who lodged a claim in April 1880 to the Crown to return the land and set it aside as an education reserve as promised under the Ngāi Tahu land sales

Last week, Noku te Ao signed a licence with LINZ to secure a short term lease of seven hectares in the red zone for the purpose of significantly scaling up their composting and māra kai; an initiative we have supported through Kōanga Kai. More importantly it is based on some beautiful whenua that is culturally, historically and ecologically significant.

I asked Gina-Lee Duncan to represent us at their very special blessing. She said it was a truly moving ceremony, with karakia led by Dr Matiu Payne. We are so proud to mark this significant moment in time.

Te Pae Ruia recommended the decision to fund 21 rangatahi initiatives to a value of $332,000 – with the endorsement from the Governance Group.

A final message at the end of our two days from RUIA champion, Hora Kairangi-Nicholas, bears repeating:

“ I was in awe and amazement at your determination to ensure that we whakamana each of our rangatahi and ensure they are well supported in the delivery of their kaupapa! It was also so beautiful to finally see both panels come together to collectively discuss these initiatives that will bring so many more opportunities to the rangatahi of Te Waipounamu – e mihi ana ki a koutou te ohu whakahaere o te kaupapa nei.” 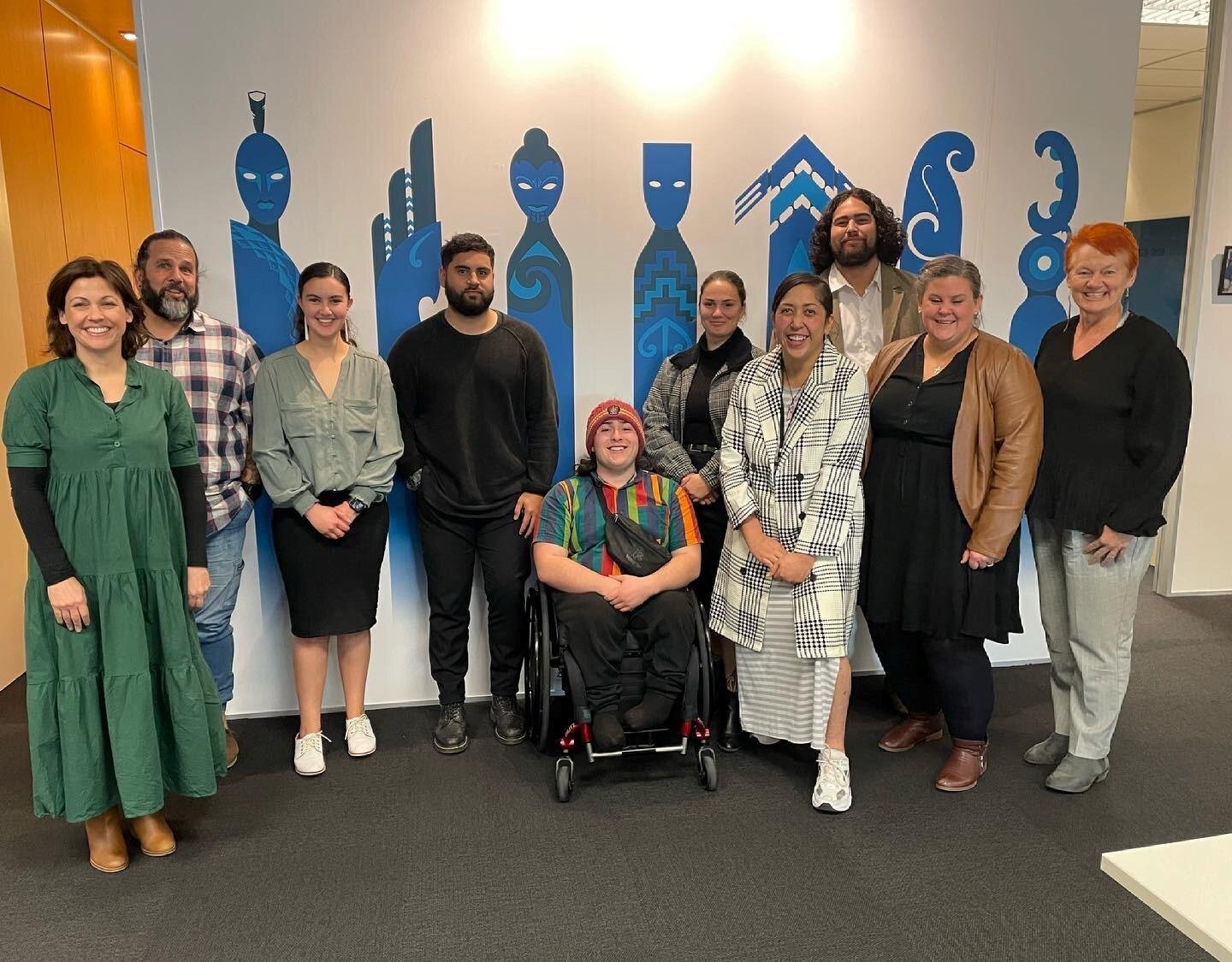 What a gift it was this week to view this very special digital story from Nga Kete Matauranga Pounamu in Invercargill who have created the story around one of their Whanau Ora disability navigators, William Todd.

Appointment of a new Commissioning Manager

Just over two years ago, on 1 July 2019, Huata started in his role as Contracts Advisor – Navigators with Te Pūtahitanga o te Waipounamu. He had come from a twenty year career in the Police, and was looking forward to the change of kaupapa, while still committed to his purpose of working for the people with the people. Over the time that Huata has been in this role, he has overseen remarkable growth – from just over 49 Whānau Ora Navigators in 2019 to 129 FTE in 2021.

Throughout his term, he has placed considerable priority on working with our Partners; dedicated towards the task of relationship building and then following up with the back-office work to ensure the issues raised received due consideration.

Huata has been particularly proud of the work he has progressed in relation to Tini Whetu; a tablet based application utilised by Whānau Ora Navigators. It enables navigators and whānau to work together mapping progression towards their goals.

On 16th June, Huata will start in a new role as Commissioning Manager for Te Pūtahitanga o Te Waipounamu. In his interview for the role, Huata demonstrated his considerable enthusiasm to further develop the procurement strategy, policies and procedures and implementation of our Wave approach. His appointment could not have come at a better time, with the recent Wave, Wave 14 attracting a massive 285 applications for Whānau Ora transformation across Te Waipounamu.

The Commissioning Manager is a key member of the senior management team. It is with great pleasure that we congratulate Huata on this auspicious appointment.

Future decisions about the contract advisor vacancy in the Navigator team will be made in due course. As Navigator Partners will know, we are closely invested in continuing to work together to ensure the amazing value of the work undertaken by Whānau Ora Navigators is known at the highest levels. 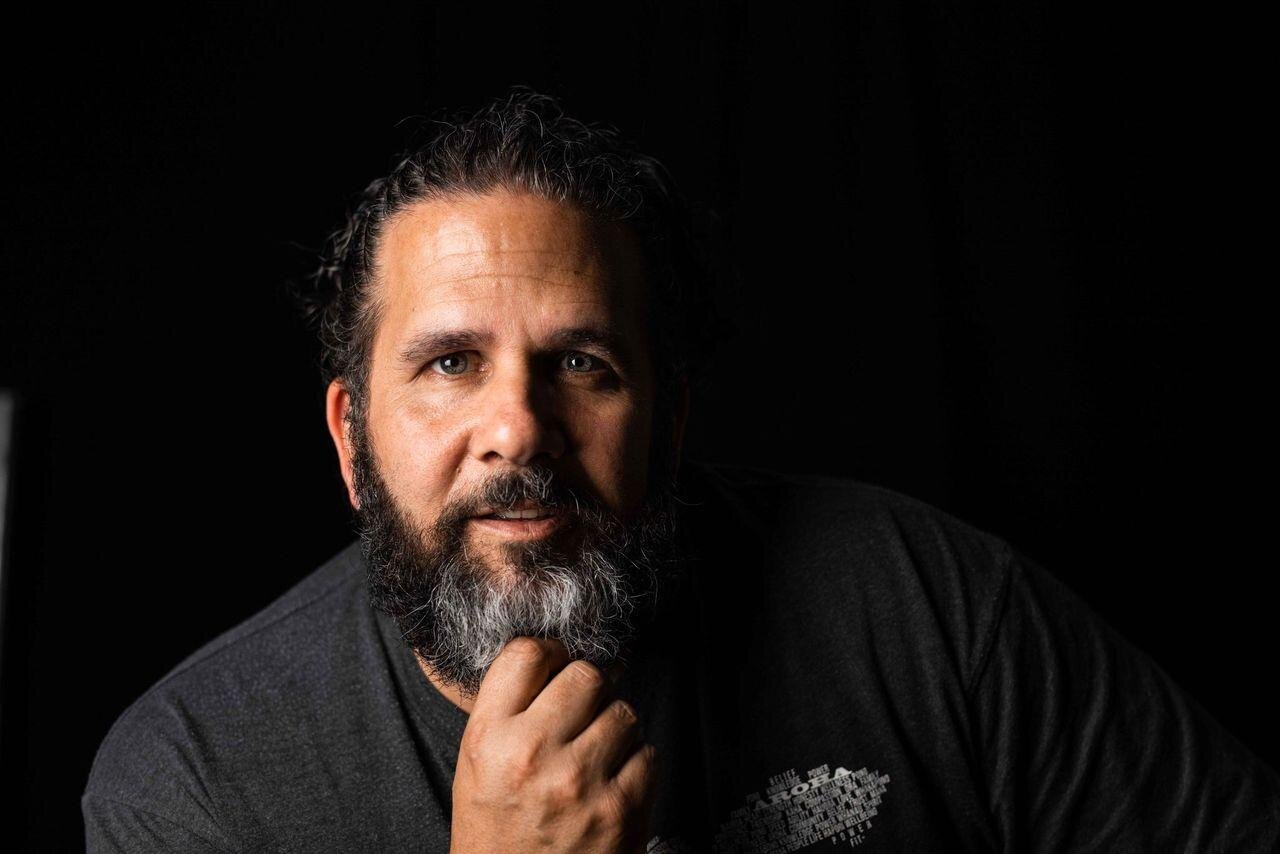 Family Drug Support Aotearoa New Zealand is providing training to people who wish to Volunteer on our Supportline to help family/whanau impacted by the alcohol and other drug use of people they care about.

During the training volunteers learn a good deal about alcohol and other drugs and how to support impacted whanau. They would value having more Māori whānau on their Supportline as volunteers to help build the coping and resilience of callers. They provide training twice a year and their next training is about to start. The training is via Zoom on a Monday and a Wednesday from 7.30 am to 8.30 pm over three weeks, starting on Monday June 21st.

Following training a Supportline Volunteer will be on our dedicated phone line for one shift per fortnight. Times to suit volunteers are available on the roster, including in the evening, over any day of the week, including the weekend. All the volunteer needs is a computer in their own home to answer calls online Anybody who is interested in this opportunity could contact via email: paulinestewart@fds.org.nz to register for the training via Zoom.

Launch of He Maunga Pakohe Rautaki Hauora at NMIT 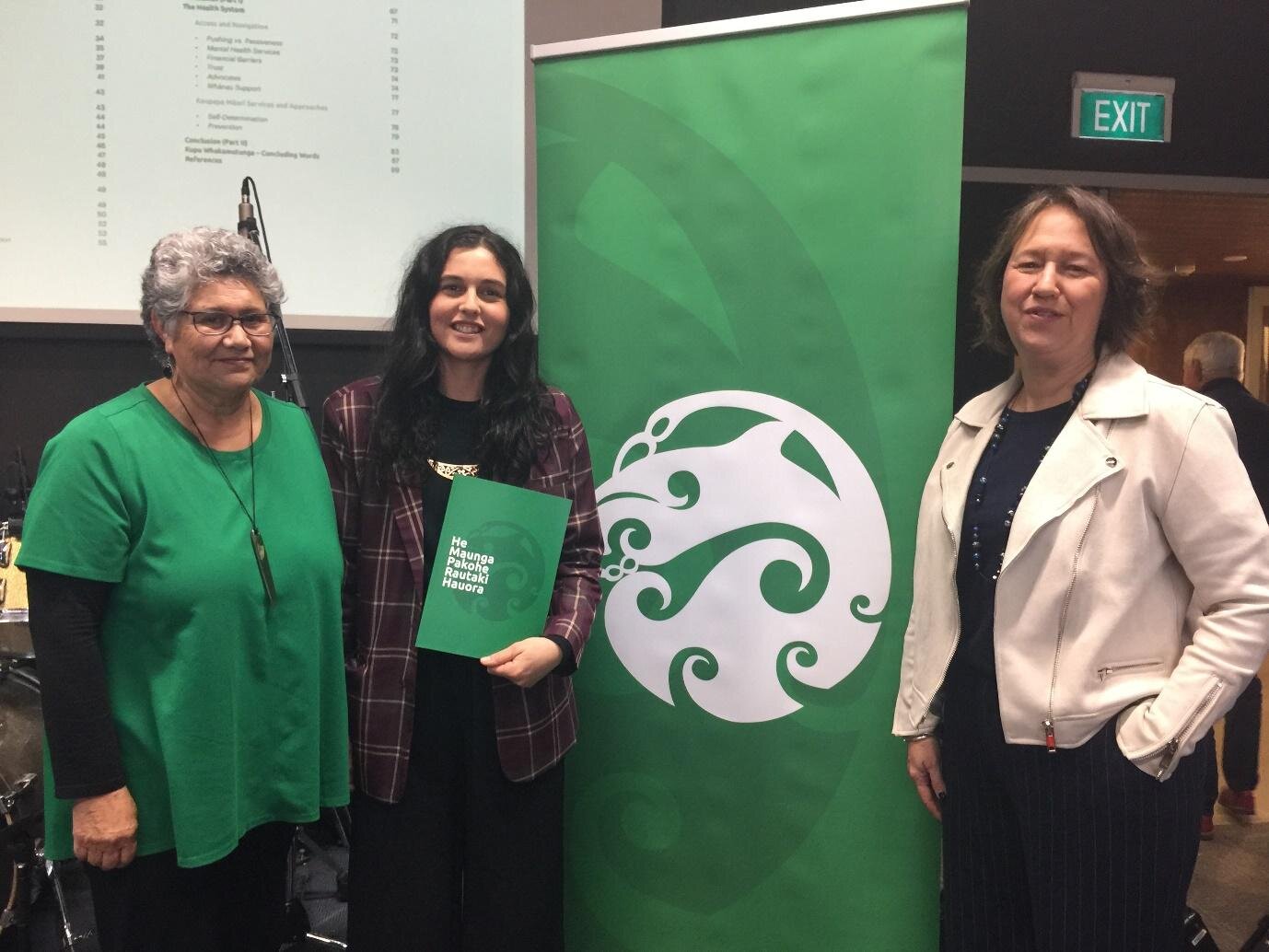 This week I had the honour and privilege to be part of a wonderful event at Nga Hau e Wha marae around celebrating whānau setting their own pathways forward. I talked about the recent launching of the report from the Controller and Auditor General:

“Yesterday the Controller and Auditor General laid down a report in Parliament, which said the way Government has been responding to family and sexual violence is not good enough. He challenged the joint venture business unit – the interagency approach to violence – that it needs to re-set its relationship with Māori.

Success can only come, according to Mr Ryan, when Government agencies support Māori in finding solutions that reflect the aspirations of kaupapa Māori NGOs, whānau, hapū, iwi, and urban Māori authorities. He went further to say that the joint venture’s partnership with Māori can be successful only when government agencies and the responsible Ministers are realistic and clear about what a partnership means – and to do that, the joint venture needs to agree with Māori on how that will work in practice”. 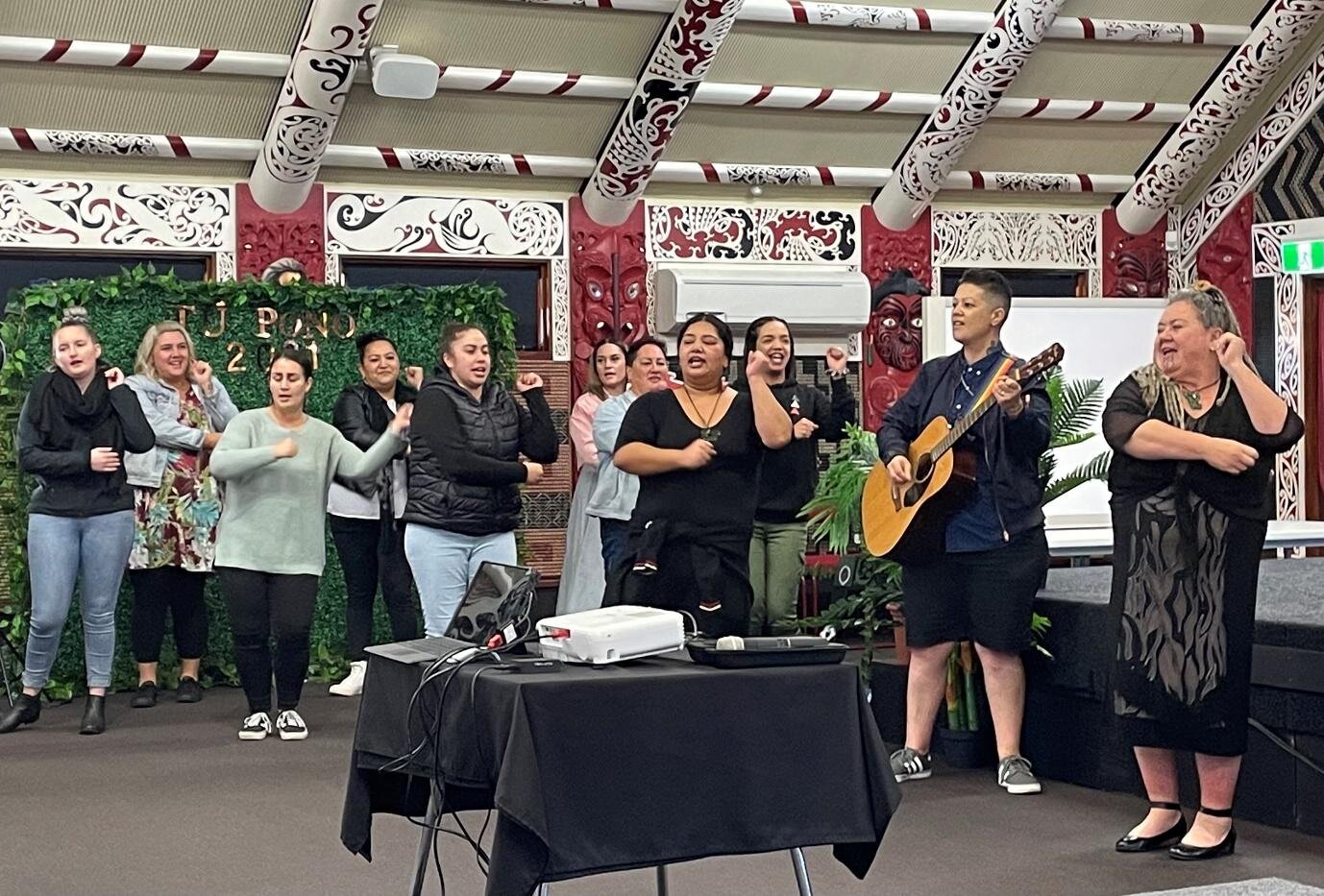 My focus, was however, principally around Tu Pono:

The focus of Tū Pono is to enable a stronger Māori response to family harm by asserting the Whānau voice as a fundamental key to reducing and eliminating violence. Tū Pono literally means to stand in one’s truth – to hold the faith. What was heard, throughout the consultation process, is that if faith is placed in whanau and they are invited to co-design strategies with us, then action can be mobilised and preventive approach embedded to keep all families safe.