The world is closed for renovation 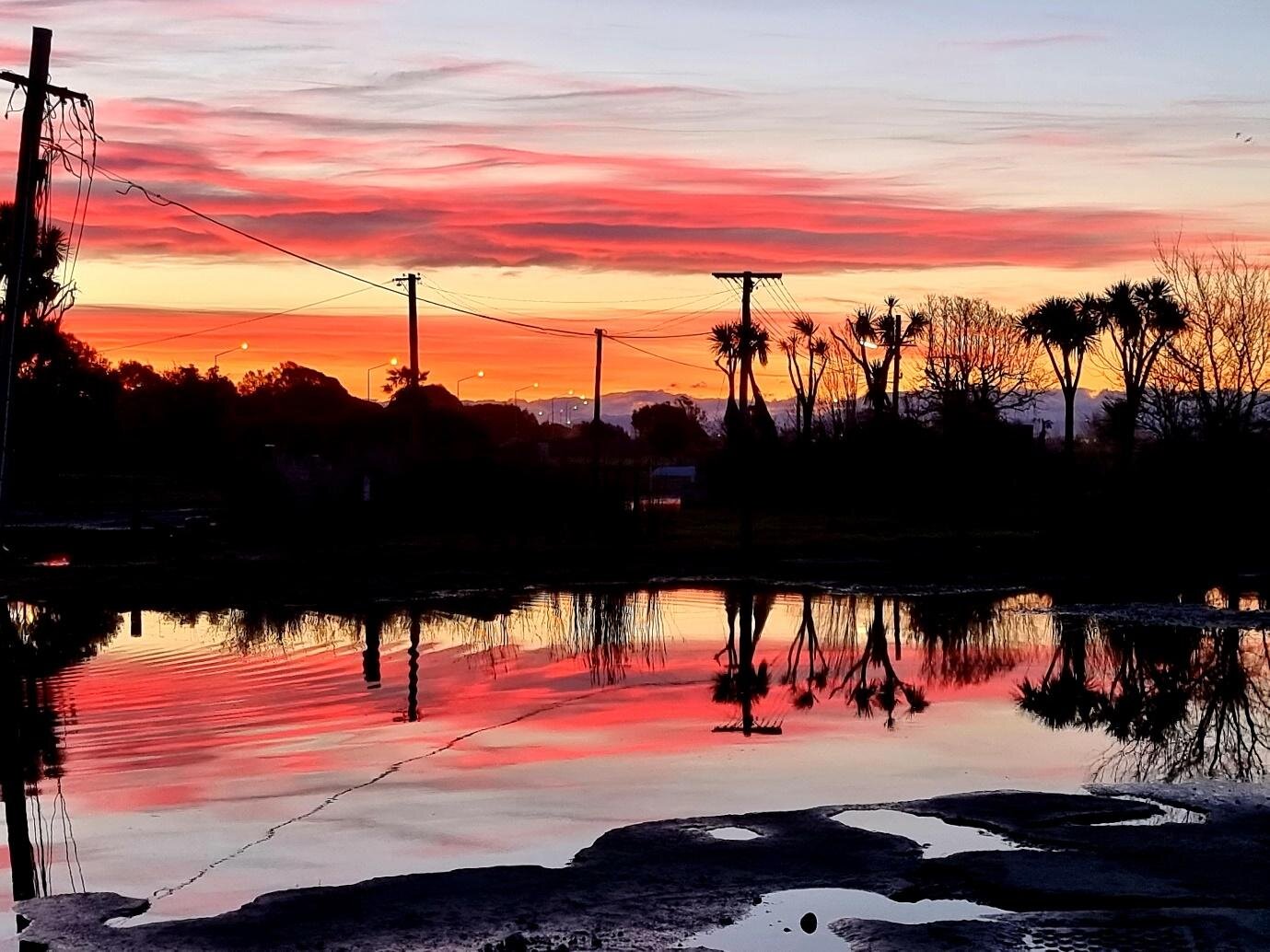 I read a great post this week about changing our mindset around the process of ‘lock-down’:

"The world is closed for renovation, grand re-opening soon’."

As we prepare for Cabinet decisions on alert level changes, it is again a reminder just how blessed we are to live in the beautiful land we call home. To have spaces where we can mask up, and go for a walk. To have the exquisite delight of a silent dawn, where the only sound is the chorus of birdsong. To still be able to connect through the wonder of technology; but to let Papatuanuku have a rest from traffic jams and air pollution. As they say, it’s not happiness that brings us gratitude; its gratitude that brings us happiness.

And we are so much to be grateful for.

Malidoma Patrice Somé, a West African writer and workshop leader, primarily in the field of spirituality, has some wisdom which I thought helpful to share:

"It is possible that we have been brought together at this time because we have profound truths to teach each other. The spark of this ancestral flame, which I have brought to the land of the stranger, is now burning brightly."

The organisation, called Te Pātaka Inc, grew out of a Te Tauihu eight-iwi wide response to the Covid-19 lockdown. The eight iwi of Te Tauihu set up a “manaaki-a-iwi” response across Marlborough, Nelson and Tasman to support Māori in the region.

Te Pātaka Inc is a member of the NZ Food Network so in addition to the standard kai parcel, there have been additional kai items of two tonne tomatoes, 6 tonne apples, three tonne carrots, one pallet soup, one pallet cocoa pops and mixed pallets of chips and flavoured milk that have been gratefully received, added to packs and distributed to whānau through their referral agency

Te Pūtahitanga o Te Waipounamu has invested significantly in supporting Te Pataka. The feedback from recent whānau surveys has been humbling. When asked what the best thing about Te Pataka was, whānau replied:

“Receiving the Kai parcel! Had filled my heart with aroha knowing there is organisations that can help with Kai when needed”

“The best thing about the kai parcel is that the person delivering it done it out of love and the kindness shown was extremely over whelming. With out this kai I would of just gone without, so here’s thanking you Jahreece. Your one of the best. Kapai lovely.” 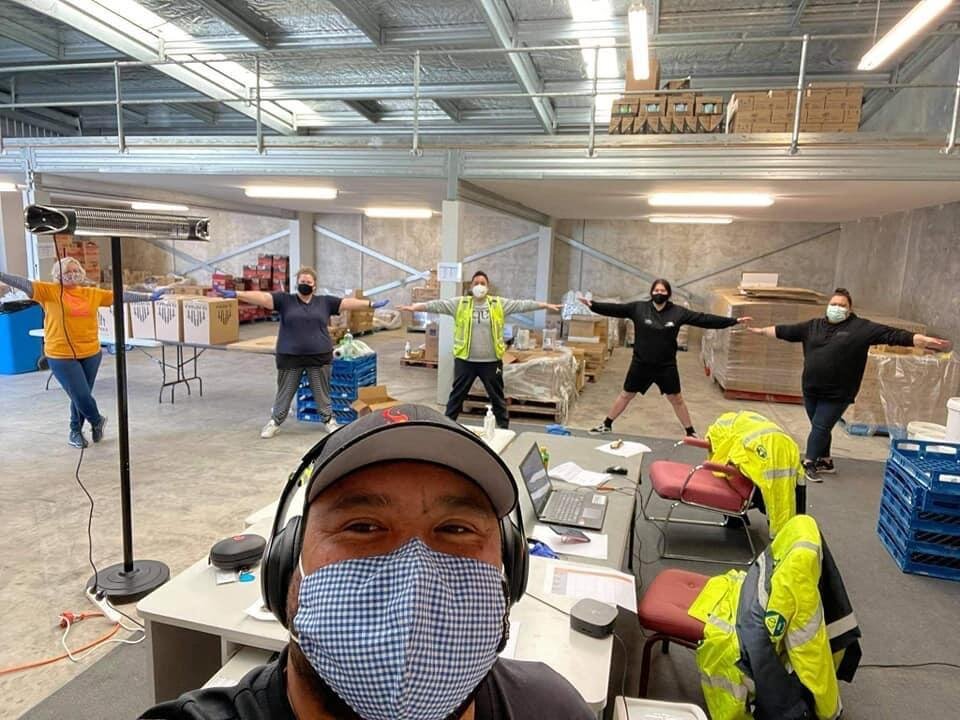 Te Pātaka has been operating during lockdown, with volunteers from all walks of life pitching in to help, and deliveries across regions being assisted by Corrections and Department of Corrections, who were able to take packages from one region to another. Kaiarataki Josh Joseph (pictured here) has said an excess of 160 of the standard kai packs were delivered in the first week, and a further 120 packages of other goods. 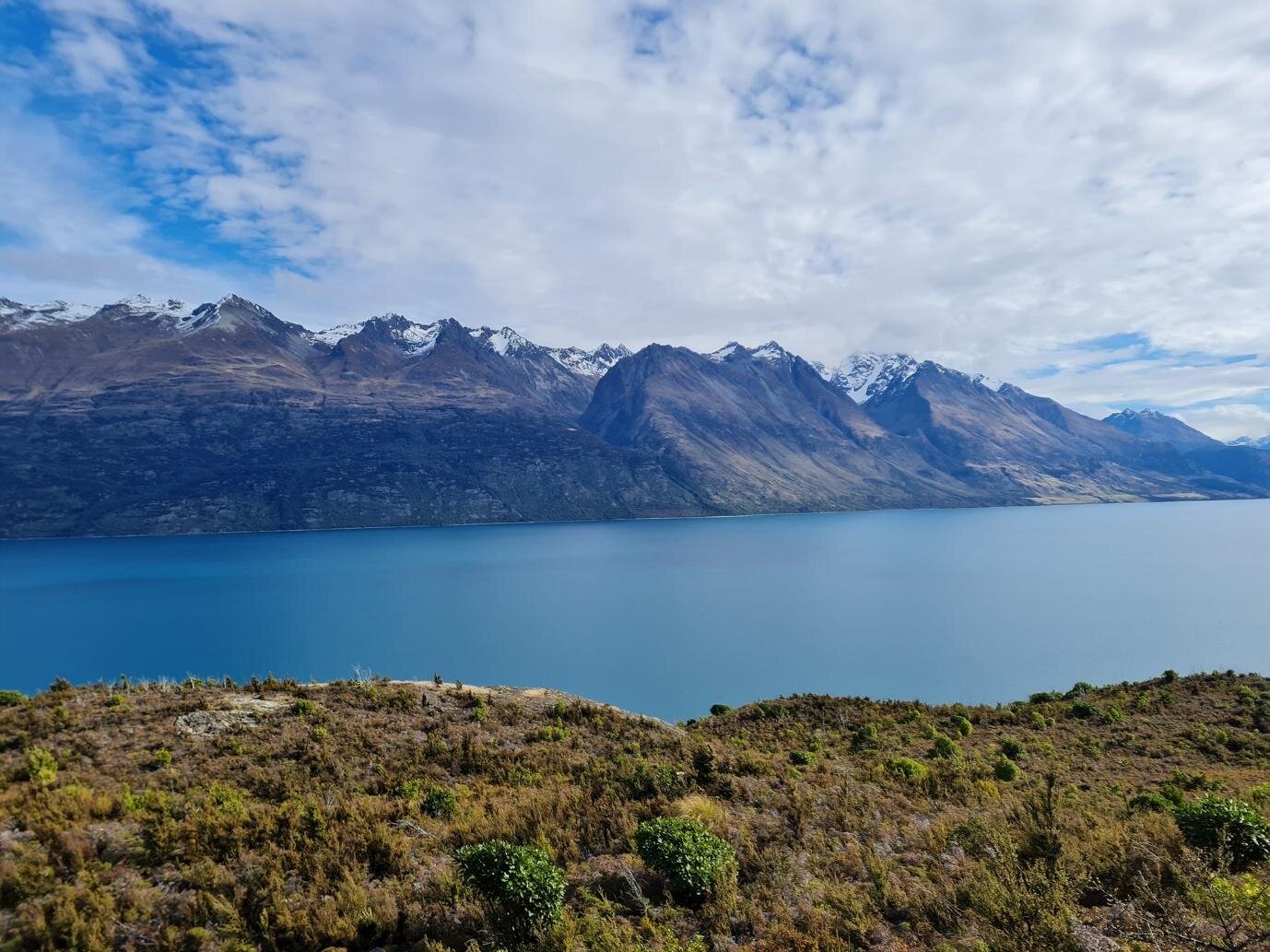 You can find the nearest clinic to you on the Karawhiua website by using their interactive map. This website also has some awesome COVID-19 vaccination resources that I encourage you to explore and share with your whānau.

Monday Mana Tahuna Charitable Trust and Mobile Industrial Health have been running a Pop-up vaccination centre at the Queenstown Event Centre driven and coordinated by Debbie Rewi supported by the whanau.

Debbie a nurse has workedd with Well south, Nancy Todd at SDHB and the MOH to get this centre up and running. We are working with the Queenstown Lakes District Council to use their facilities.

The initial driver was to ensure Māori and Pacifica were getting the chance to be vaccinated and this has been achieved but they have quickly become the public vaccination centre.

On Wednesday they vaccinated just under 1000 people which was 275 cars.

Māori women on a mission

In the midst of the chaos, how inspiring is it to read articles like this one, which feature two of our local Murihiku heroes: Mata Cherrington (Ngāti Hine, Te Kapotai, Ngāpuhi, Ngāi Pakeha) Tracey Wright-Tawha (Kāti Māmoe, Te Āti Awa, Ngāi Tahu).

The article features the incredible work that is being undertaken by Awarua Whānau Services, and Nga Kete Matauranga Pounamu as they work with whānau in the South.

“Wright-Tawha was buoyed by a turnout of about 240 people to Colac Bay (population 60) on Saturday, which included both Māori and non-Māori. Colac Bay is a small, small community, but we had a full on boomer day this Saturday. They came as far as Tūātapere. We had Riverton, Ōhai and Nightcaps people come over.” 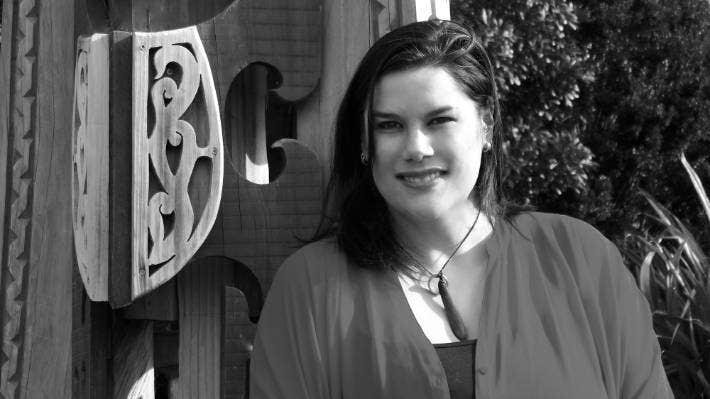 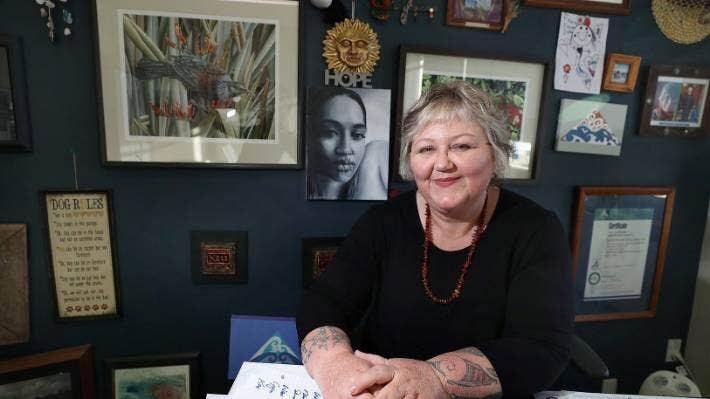 It has been wonderful to see the range of mass sites for vaccination across Te Waipounamu. Featured here is Kiley Nepia and his girl taking the first vaccination at the stadium in Blenheim. The Trafalgar Centre in Nelson is also taking bulk vaccinations; there’s the drive in at the Edgar Centre established by Te Kaika; and in Christchurch the Horncastle Arena in Addington is set up for a Māori drive through clinic.

Lockdown a time for sharing

The lockdown period has been abundant with the generosity of spirit seen in sharing tiktok; waiata; karakia; whakaaro; poetry; recipes; and inspiration for us all. I loved Waikura sharing her Taua’s secret magic for growing the rewena bug.

One of our Kōanga Kai champions, Jade Moana, shared the ingredients of Rongoa for all of us to have a go. 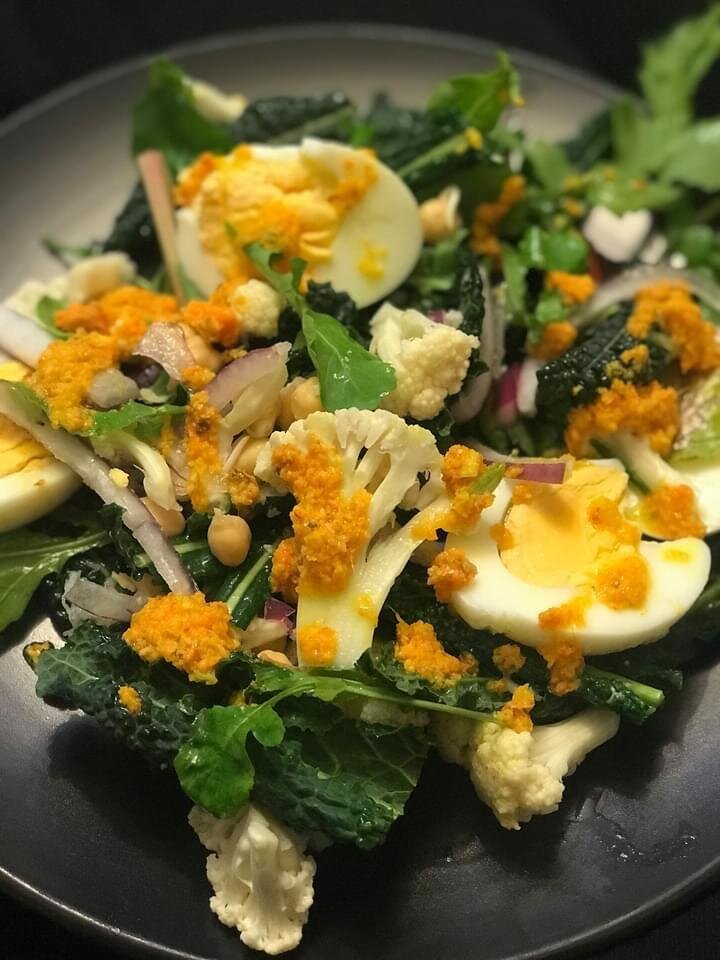 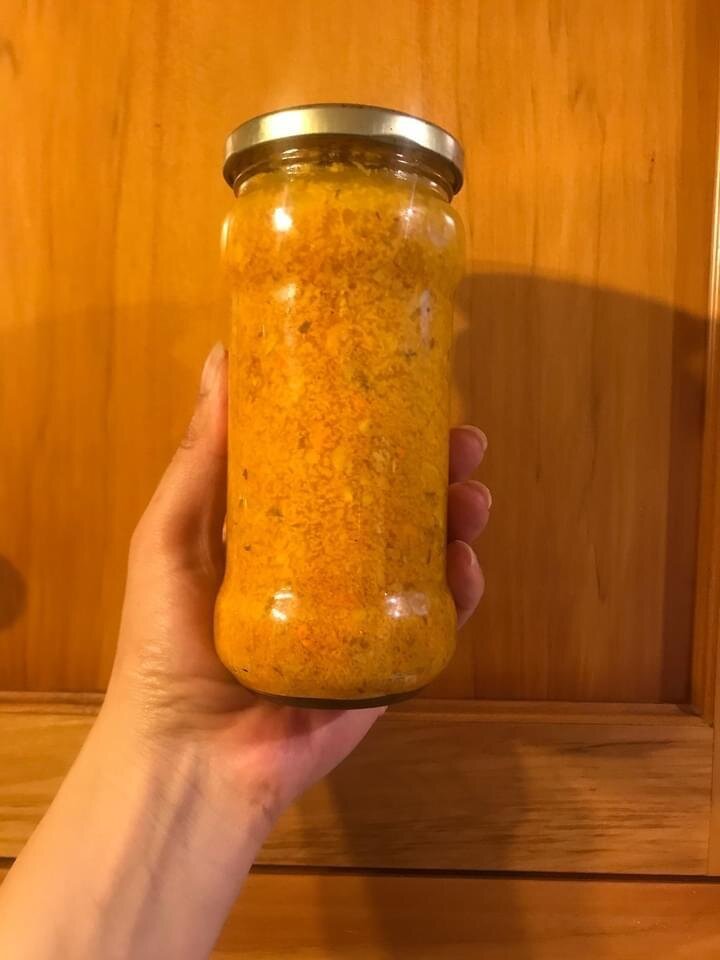 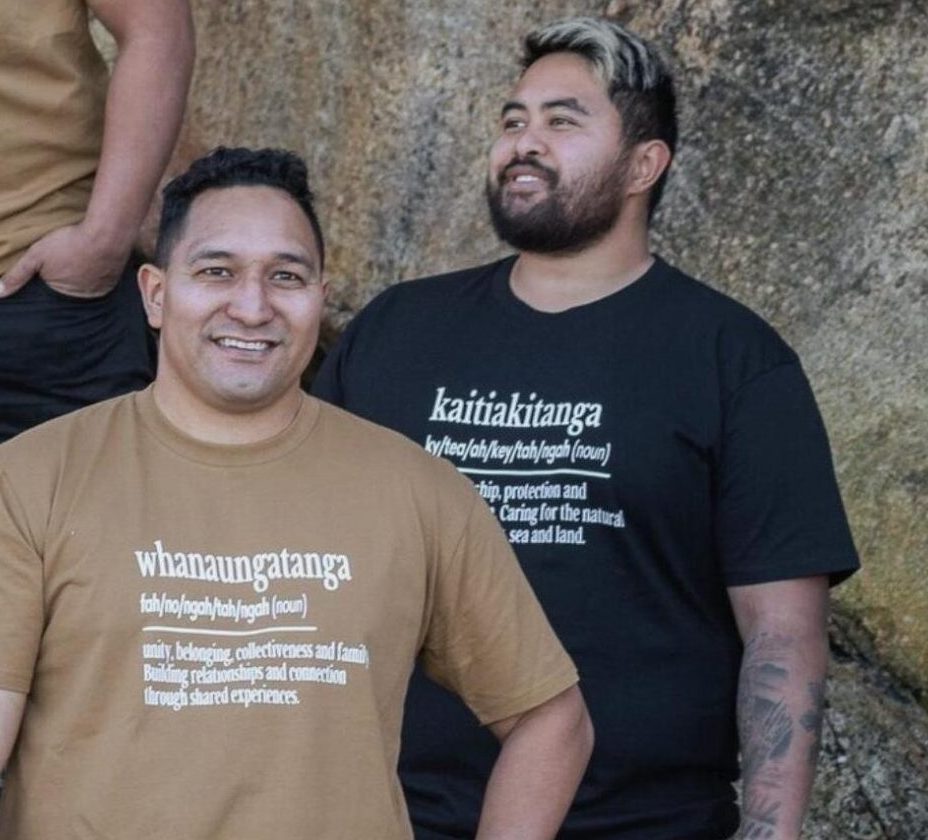 Now for something non-COVID-19. Hineora McLeod Bennett, one of the Wave 14 Whānau Ora entities has just launched their clothing line Marley + Me online. This is a te reo Māori clothing line, and is just the start of this reo kaupapa. Check out their website and IG. 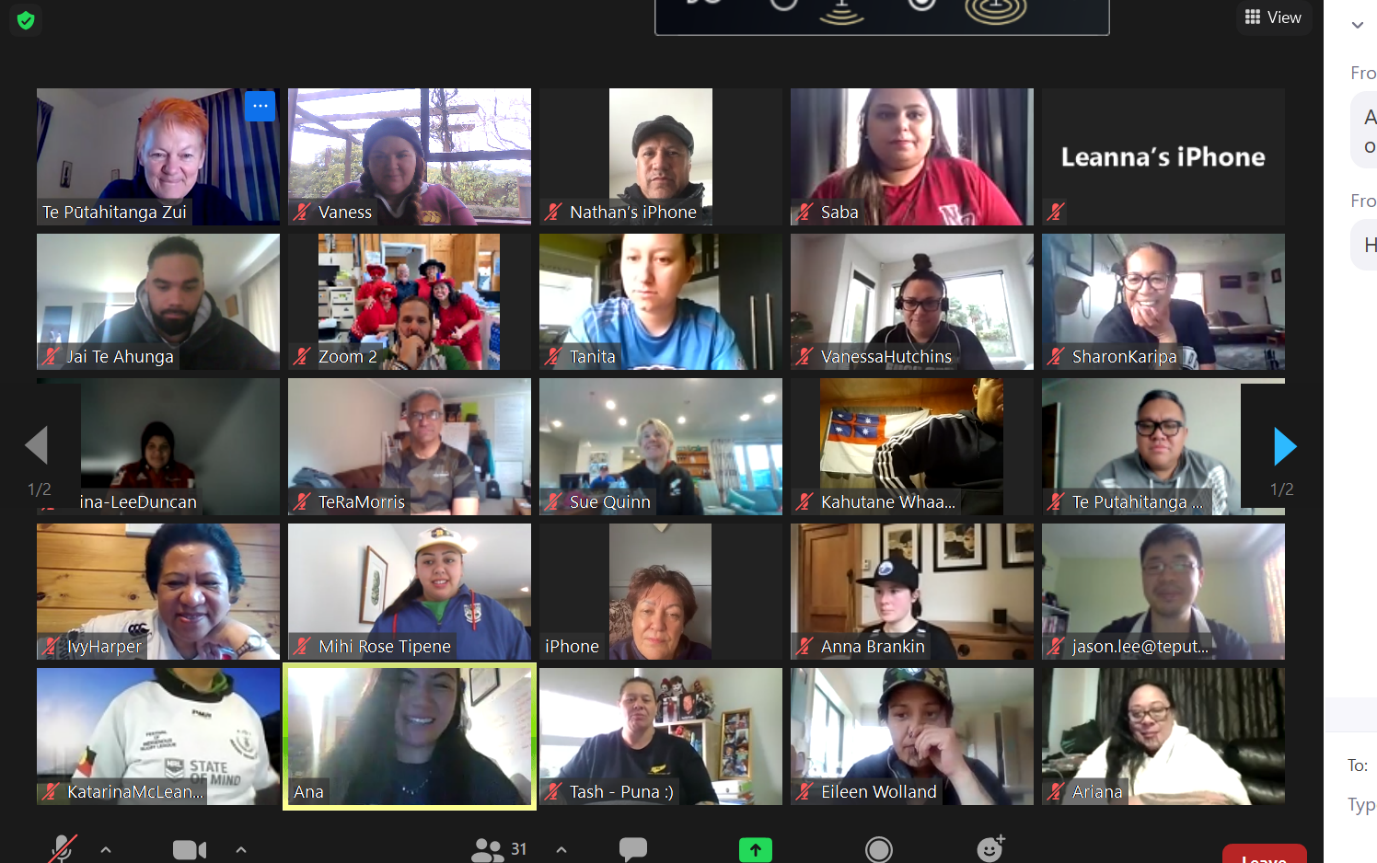 Like many of our Whānau Ora entities, we meet in the morning for karakia and in the afternoon after the PM’s 1pm briefing. To add a bit of fun, we have had a theme each morning: T-hate Tuesday; Footy Wednesday; Formal Thursday; Festive Friday. Here’s a few zoom pics:

Whakatu Marae is seeking a Whānau Resilience (Facilitator) whose purpose will be to create strong, resilient communities. You will bring a focus on Māori, knowledge of te ao Māori concepts and tikanga, through a range of approaches. You will integrate and facilitate whānau resilient wananga using kaupapa Māori frameworks.

Have experience working in the whānau harm and trauma space, with a strong commitment to working with whānau. You will demonstrate the cultural intelligence necessary to understand whānau situations and build relationships of trust and confidence. 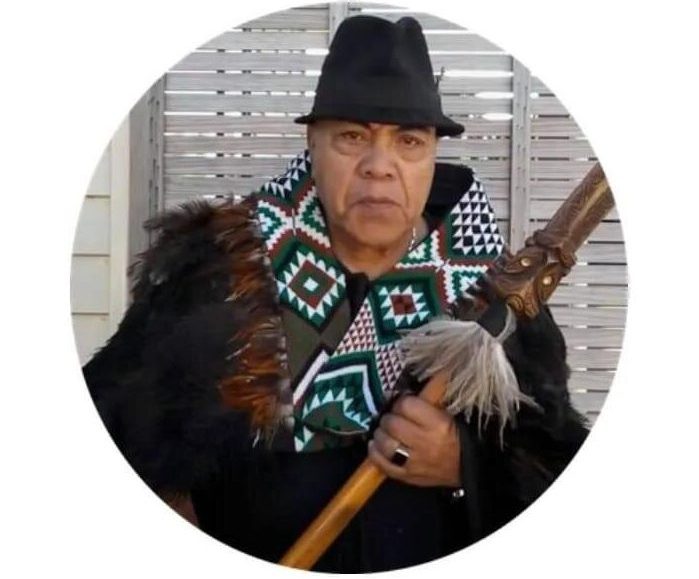 This time of alert level four has been particularly difficult for those whānau who have lost loved ones. One of our beloved rangatira that we have mourned over this last week is Matua Mita Te Hae. The zoom link below provides access to his poroporoake at 6pm Friday; and his nehu on Saturday at 11am.