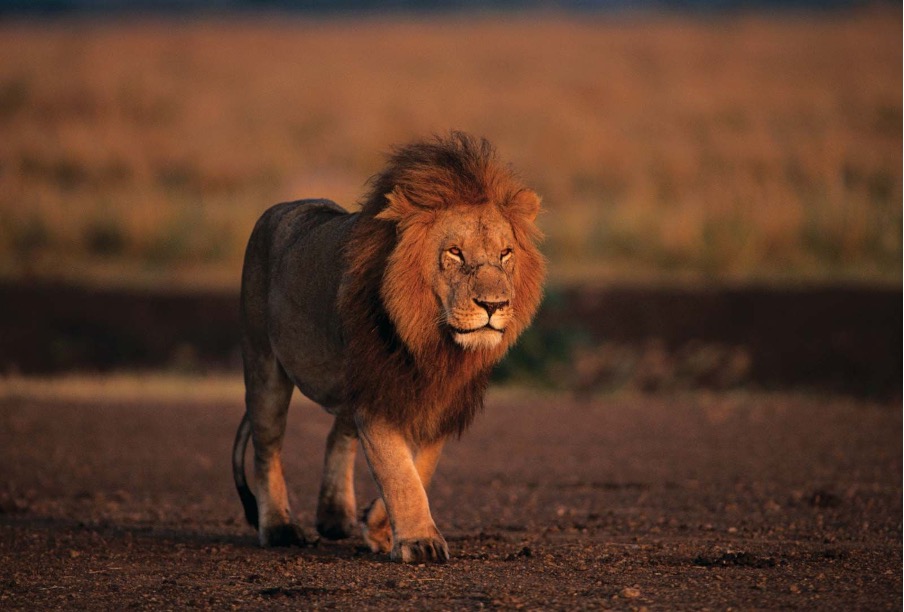 "Until the lion tells the story, the hunter will always be the hero" – West African proverb.

In her kōrero, Dr Davis challenged the view that former President Abraham Lincoln should be glorified for overseeing passage of the 13th amendment which legally abolished slavery. She reminded us that abolition should not just have been about dismantling the chains – it also needed to give creation to institutions that allowed ‘former slaves’ to participate, to be truly liberated, to be free to be. She told us that the story of emancipation was actually a story of revolution and resistance, a story given life through gospel songs.

The African American work songs composed during the slave era in the 17th century had their origin in traditions of Africa and were sung as a means to boost morale, a means of endurance, giving expression to an anthem of anger and frustration. But alongside their legacy in upholding cultural resilience, slaves also used the spiritual form to communicate with each other, encoding messages about freedom and escape in apparently religious lyrics. Many contained specific, albeit veiled, directions on how to make a successful escape.

When a slave heard Swing Low, Sweet Chariot ring across the fields, they knew to be prepared to escape from the south (swing low) to freedom (carry me home).

Wade in the Water was a map sung to lyrics – hiding in the water until you can break free. There is a West African proverb: until the lion tells the story, the hunter will always be the hero.

One of my greatest challenges in the role I’ve had the privilege to occupy is to keep advocating for the ‘whānau voice’ to drive our actions. Whānau voice is not just one voice; not the voice of a certain age, demographic, iwi, location. Whānau voices are about lived diversity. I often use the phrase: Whānau Ora is about 1000 flowers blooming. No one bloom is the exact replica of another, nor should it be. This is not about policy solutions being created like paint by numbers; a one size fits all model.

There have been many hui along the way where I have been invited and then unceremoniously un-invited to attend. I have always felt for the poor persons appointed to be messenger. Because this is not about me: this is about whānau, all our whānau. Their voices deserve to be at every table – not just the tables where it is deemed interesting to include a range of voices; the last chapter in the report.

Angela Davis’ message was clear – we all have a responsibility to create our own sense of history; to sing our songs; to shape the future we want to be part of.

That is the essence of Whānau Ora – stories that create meaning, that give our lives context and purpose. Stories that enable every voice to be heard.

That is the essence of Whānau Ora – stories that create meaning, that give our lives context and purpose. Stories that enable every voice to be heard. 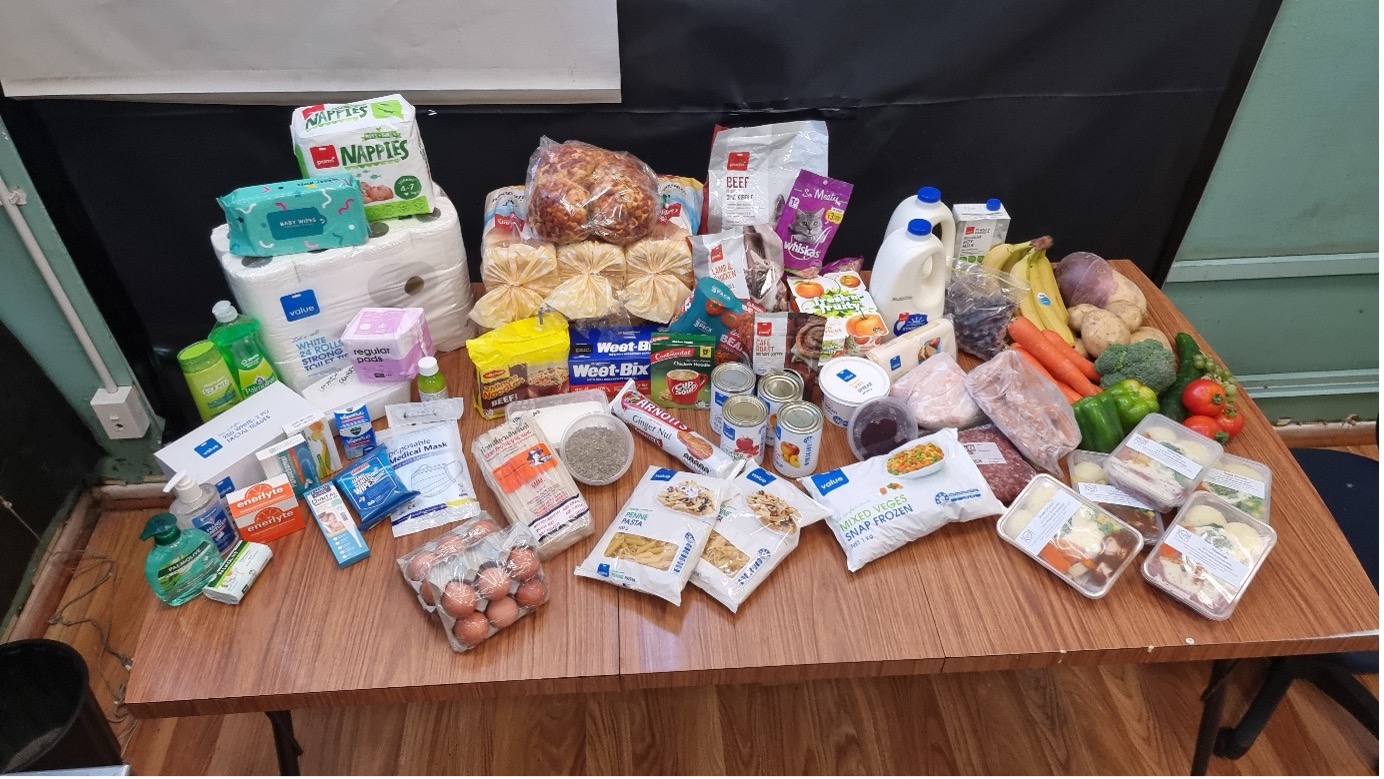 Kai for a family of five

Koha Kai is able to supply fresh fruit and vegetables – straight from their market garden at Korimako. One of their kaumātua referrals today said she could not even order groceries online as she had never done so before and is not an existing online customer. Supermarkets are not accepting any new clients for deliveries – and if you do manage to order groceries online, the wait time currently is seven days.

Koha Kai is harvesting twice a week to keep those fresh fruit and vegetables available for whānau who are isolating. Often this is a game changer for whānau. 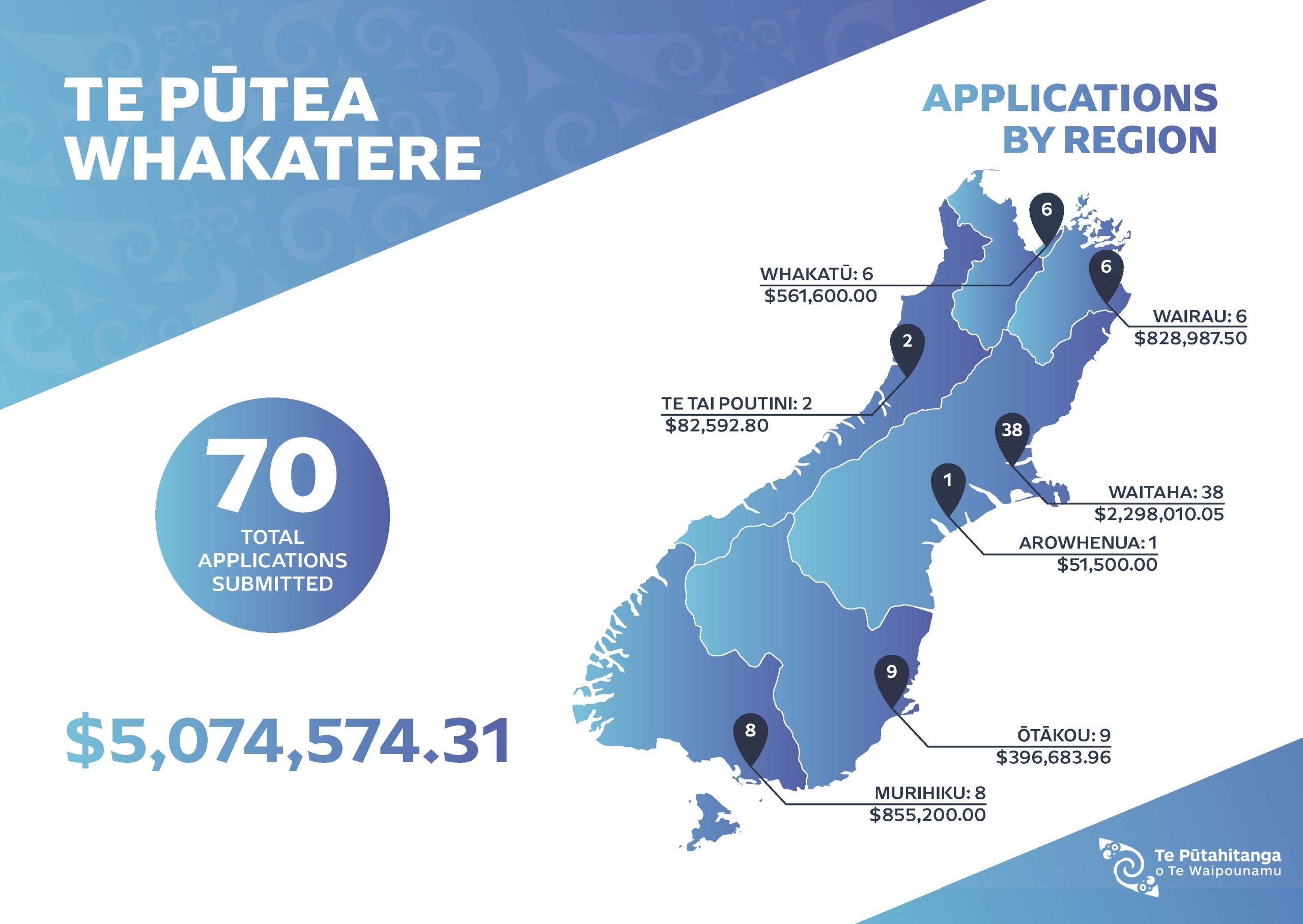 We are delighted to share that 340 applications have been received over the last month across four of our workstreams: Wave 16, RUIA, Te Pūtea Whakatere and the Whānau Ora Innovation and Improvement Fund.

The map shows the number of applications received for Te Pūtea Whakatere, demonstrating the extent of the challenge our Independent Assessment Panel had to take on. With a funding cap of $1.6 million – and over $5 million sought – there were particularly hard conversations about what applications were ready to support and which needed more work.

The focus of Te Pūtea Whakatere was first and foremost motivated by response to Omicron.   The impact of the funding is to be seen in making a quality difference to the lives of tamariki and rangatahi; of rural communities; around mental health and by tangata whaikaha. We will be advising applicants before the weekend, and then working fast to get all agreements out the door by 1 April 2022.

Next week will mark the opening of our second round of Tama Ora funding, an opportunity for whānau to think about ways to get our tamariki and rangatahi active. We launched Tama Ora in the midst of last year’s Delta lockdown – a partnership with Sport New Zealand | Ihi Aotearoa that furthers their strategy Every Body Active. It is about encouraging our young people to build healthy habits around exercise; habits that will set them up for life and help them understand how improving their taha tinana can contribute to their overall hauora.

Our first round of Tama Ora was open to existing entities leading Navigator Tinana and RUIA initiatives, and we have been so buoyed by their success that we are opening it up to any individual whānau or rōpū who are keen to create their own kaupapa.

Applications for Tama Ora open next week on Thursday 30 March, and will close on Friday 29 April. Check out the video to learn more about Tama Ora and be inspired by two of the amazing kaupapa that have been running over the past six months.

Last week we received an update from one of our 26 Kōanga Kai initiatives, delivered by Te Rūnanga o Rangitāne o Wairau. This kaupapa supports whānau to set up their own māra kai at their whare, helping them to take charge of their own kai production and improve their wairua by connecting with te taiao and the traditions of their tūpuna. Check out the planter boxes and supplies being delivered to whānau! 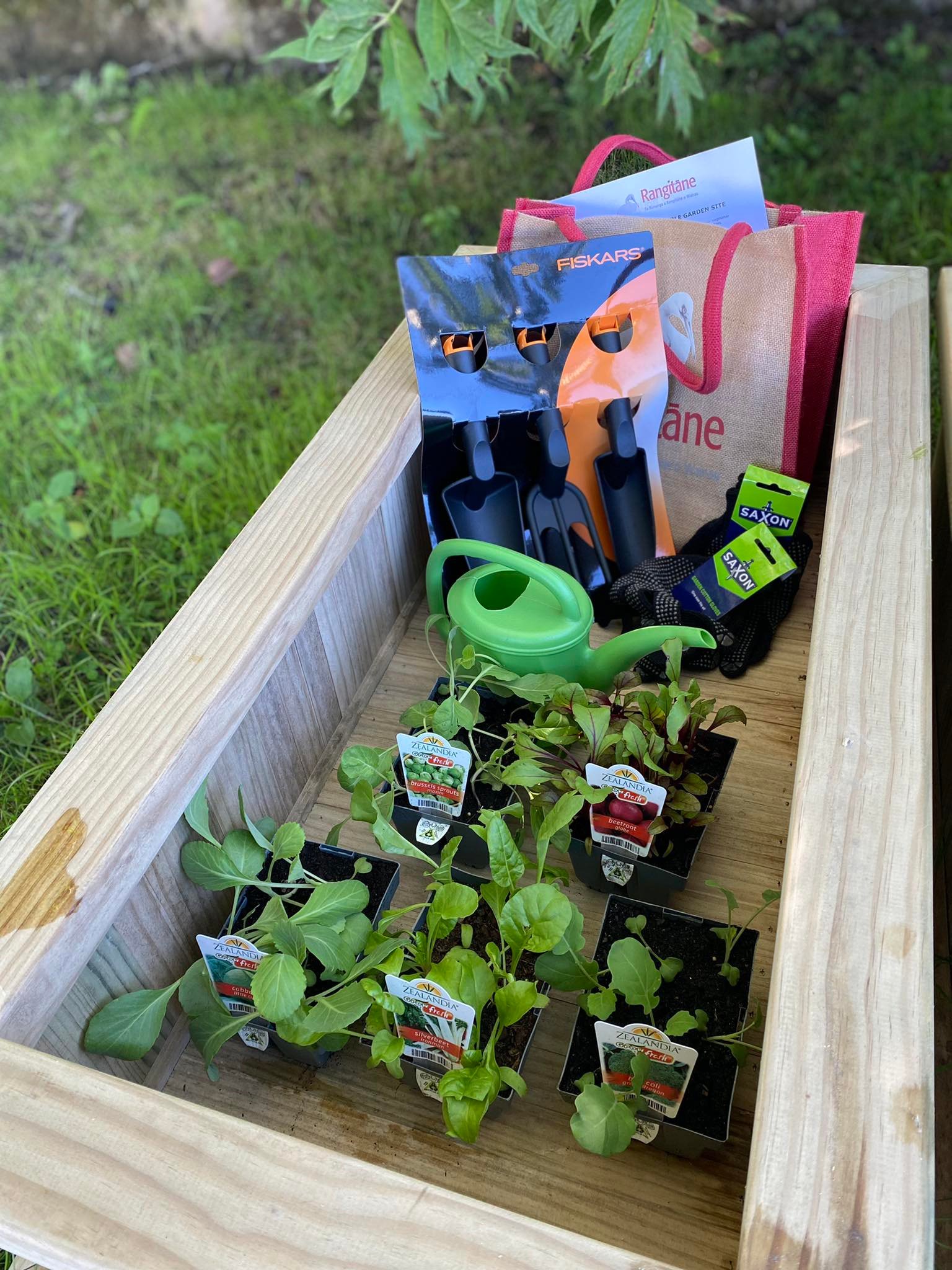 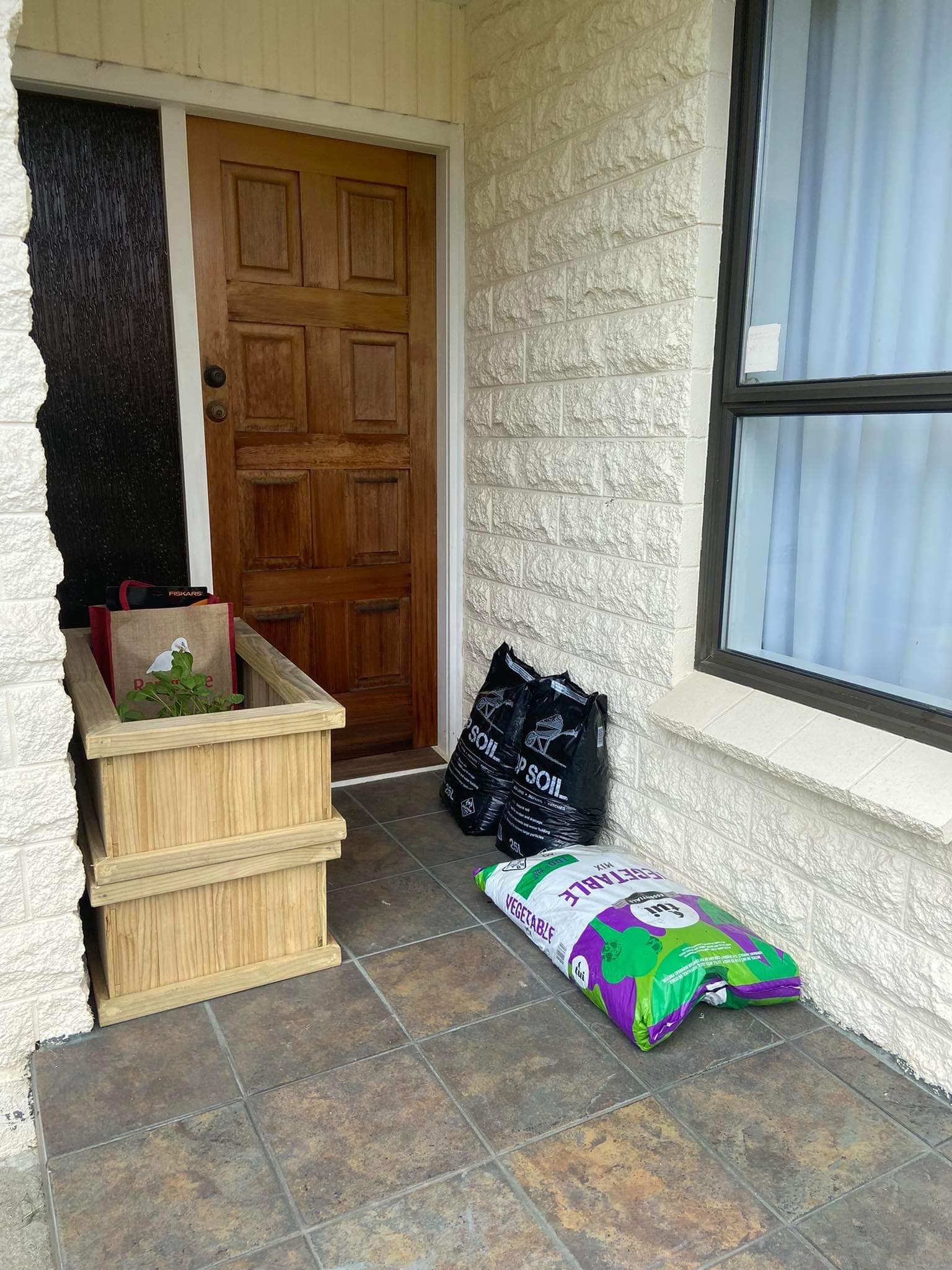 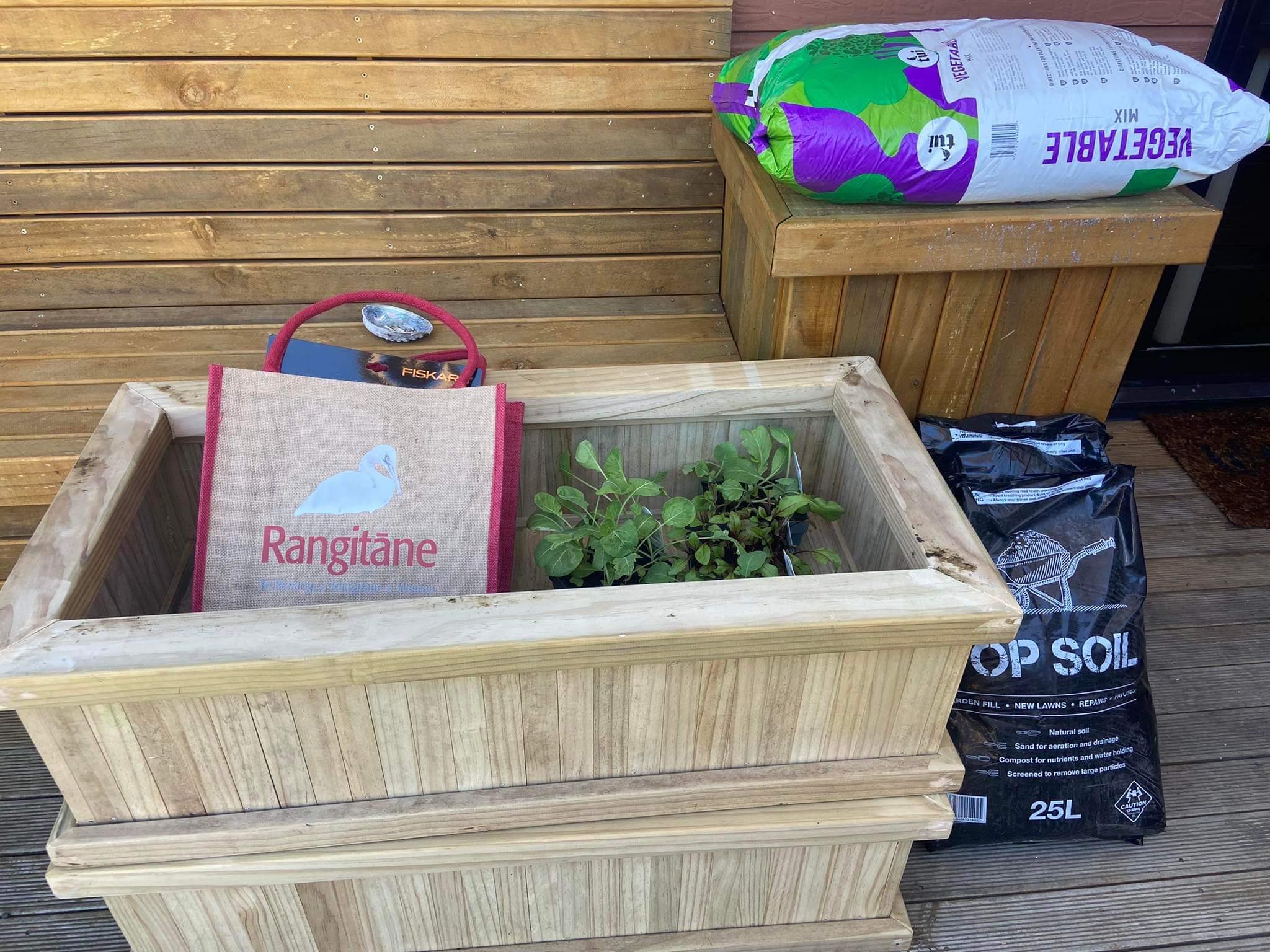 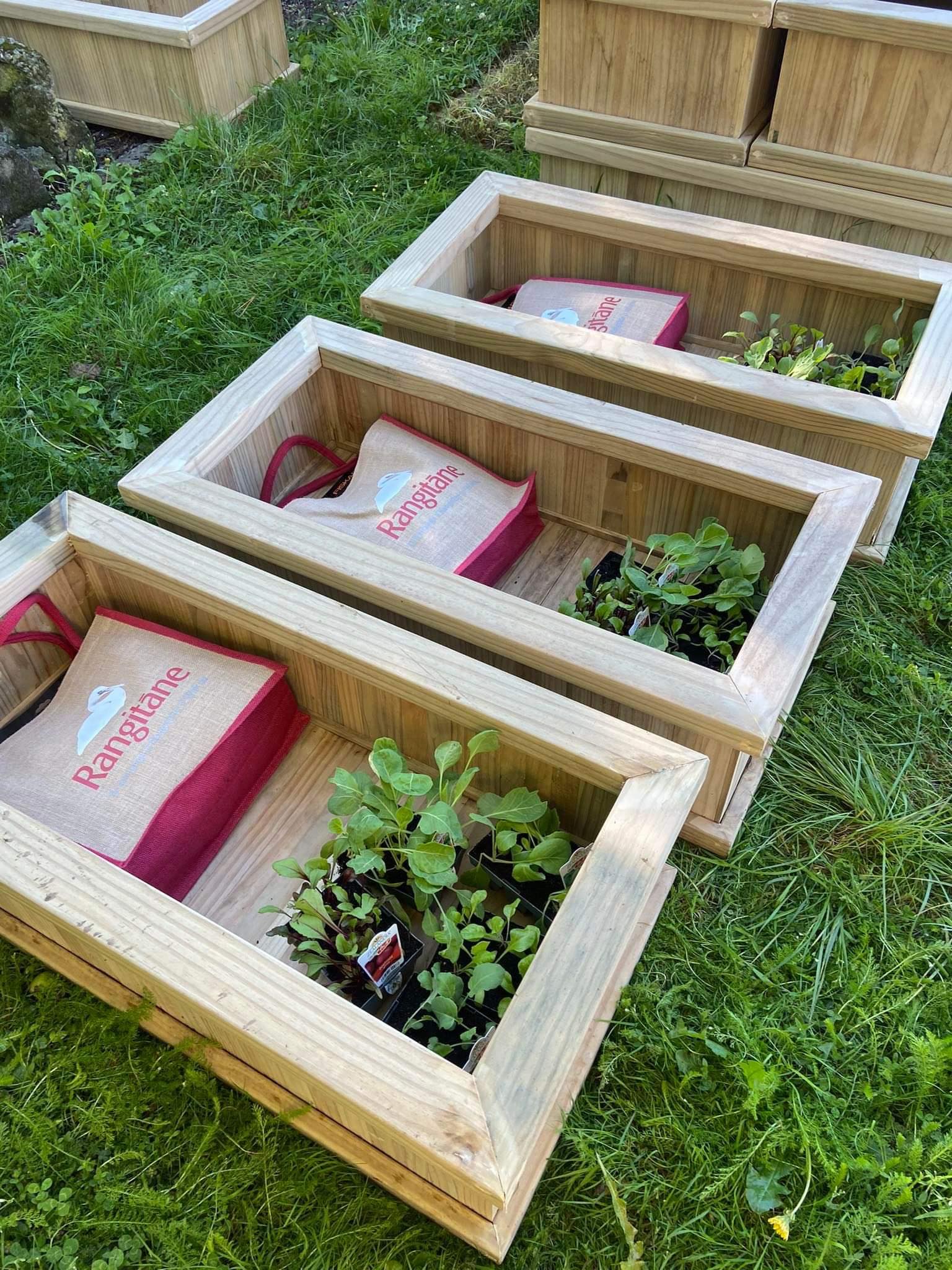 Yesterday, Prime Minister Jacinda Ardern announced a number of changes in our national response to COVID-19 that will be coming into effect over the next wo weeks. The first changes come into effect tonight, at midnight on 25 March. The country will remain at the red setting, but restrictions will cease for outdoor gatherings, and will be relaxed for indoor gatherings. This means that spectators can return to sports grounds and outdoor concerts can go ahead. For indoor gatherings, including events and hospitality, size limits will double from 100 to 200; however, everyone is still required to be seated and separated, and to present their vaccine pass. Face masks will still be required in most indoor settings. Finally, we will no longer need to scan in to every shop, cafe or business we enter when we are out and about.

More changes will come into effect at midnight on Monday 4 April, around vaccine passes and mandates. It will no longer be mandatory for businesses to participate in the vaccine pass system – although they may choose to continue to do so.

Vaccine mandates for employment will be removed, except for those working in the health and disability sector, aged care facilities, corrections staff, and border and MIQ workers. This means that education, police and defence force sectors will no longer need to mandate their workforce.

These changes are a clear relaxation of the public health measures, and will come as a welcome relief after two years of various restrictions in the battle against COVID-19. However, these changes do not mean that the pandemic is over; only that we are transitioning into a new way of managing the virus and living with its realities. It’s important that we all still do what we can to keep ourselves and our whānau safe – stay home if you’re feeling sick, wear your mask when out in public, wash your hands regularly and keep physically distancing where possible. Most importantly, make sure you are up to date with your vaccinations, including the booster – there is more evidence every day that the booster decreases the risk of serious illness. 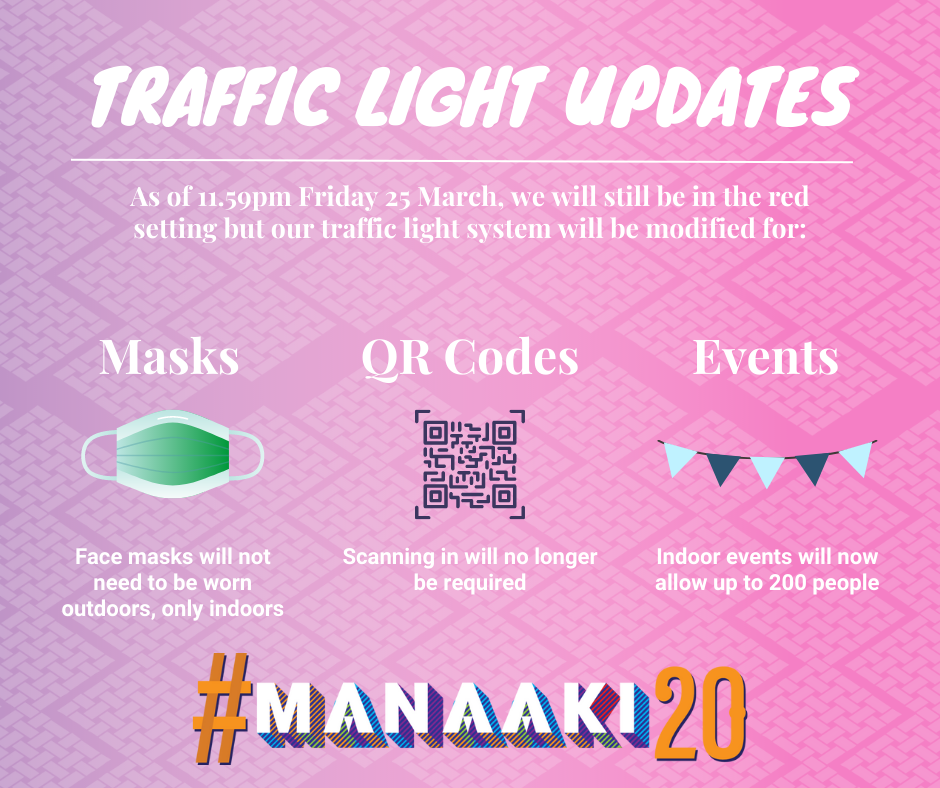