Whānau Ora is a love story 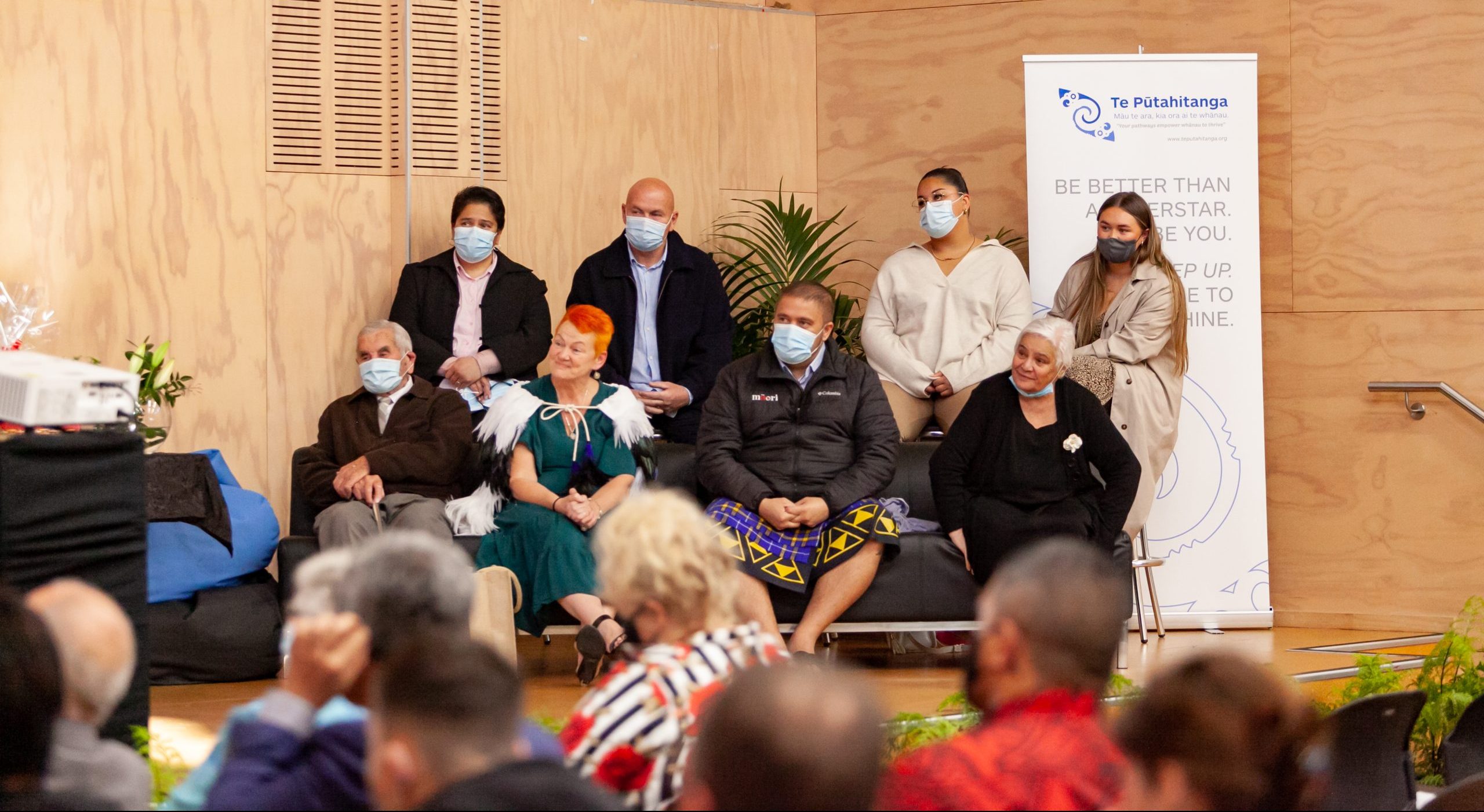 "The active cosmos that curves into the sky between the dreams of the seen and the unseen...boundless in its vision and inspiring in its reach." – Dr Moana Jackson.

The late Dr Moana Jackson described the whatihua as “the active cosmos that curves into the sky between the dreams of the seen and the unseen…boundless in its vision and inspiring in its reach.” For me, that is the promise and possibility of Whānau Ora.

Whānau Ora starts from that premise – that we should dare to dream it, believe it, then build it. From our Navigators with Manawhenua ki Mohua in Takaka and Te Āwhina Marae in Motueka, through to Wave initiatives led in Rakiura, in Rēkohu/Wharekauri, west to Hokitika and Kawatiri; east to Kaikōura and Koukourarata: we have seen over 600 models of inspiration change the future their mokopuna would inherit.

It is breathtakingly beautiful.

On 13 March 2014 Ngā Iwi o Te Waipounamu gathered to sign a Memorandum of Understanding that would lead the way for Whānau Ora in the South Island.

Whānau have set up low-cost GP clinics; created Kākano Cafe in the innercity and on Māori TV; build Soul Full food; donated ipu whenua to every hapū Māma; made the world’s best dumplings; gave Niho Taniwha to every school; addressed intergenerational trauma; the youngest CEO in Aotearoa received funding for her company Pōtiki Poi; the Waves have provided space for tangata whaikaha to claim their dreams; fed the homeless; supported Te Pātaka and Kohatu Kai; Koha Kai; Manaaki condiments and Manaaki gifts; the Gift Sisters; Angel Trio; Hawaiki Kura and Hikoi Waewae; provided mobile outreach to those the system has cast aside; distributed Reo Pēpi books to every kohanga; given whānau a second chance at success; ignited the spark of self-belief.

The ripples radiate far and wide.

It is a wave that keeps rolling; a momentum with a dynamic flow that nothing can stop – no flood too deep; no earthquake too savage; no pandemic too cruel.

When the going gets tough – as it does – the tough keep going.

Because the rush of inspiration and innovation knows no bounds.

There is no greater purpose than the drive of self-determination.

No greater reason than the future our whānau want to map out for themselves; to chart their own pathway forward; to be the solution.

As I write this on the dawning of my last day as Pouārahi, I am overwhelmed with grief and calm; walking a tightrope between such sadness at leaving and incredible belief in the magic of what whānau are doing for themselves. It has been the greatest privilege of my life to be walking alongside wonder in a muliplicity of ways. I will treasure my memories of your manaaki; hold dear to the dreams you believe in and built; and never ever forget my absolute love for you all. My heart will be linked with yours until the end of time. Because Whānau Ora is the love story that keeps on keeping on. Believe it. Be it. Live it. 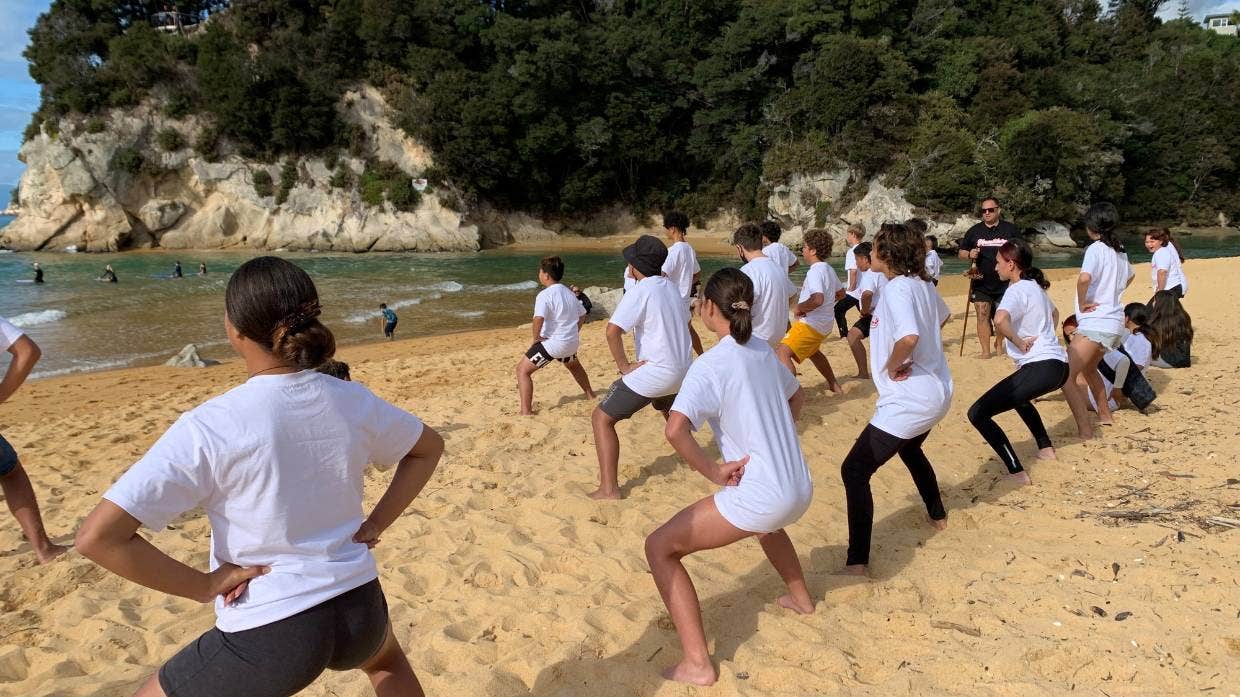 How proud we are of the amazing entrepreneurial spirit of our rangatahi as they take on the world. This week around 30 rangatahi and tamariki from Motueka and Whakatū/Nelson attended a wānanga facilitated by Hawaiki Kura and sponsored by Te Pūtahitanga o Te Waipounamu, Māori primary health provider Te Piki Oranga and Te Kotahi o Te Tauihu Trust.

A statement from wānanga lead, Te Ao Marama Nepia (and Head Girl of Marlborough Girls College) is all the encouragement I need to know our future is in the greatest of hands.

“Being strong within your own cultural identity can navigate you through this forever changing world,” she said. “It’s getting harder and harder, you have negative social media, even Covid has hit us pretty hard, and if we use the kura huna (important knowledge) that our ancestors used, it helps us find our place and find our strong stance.” 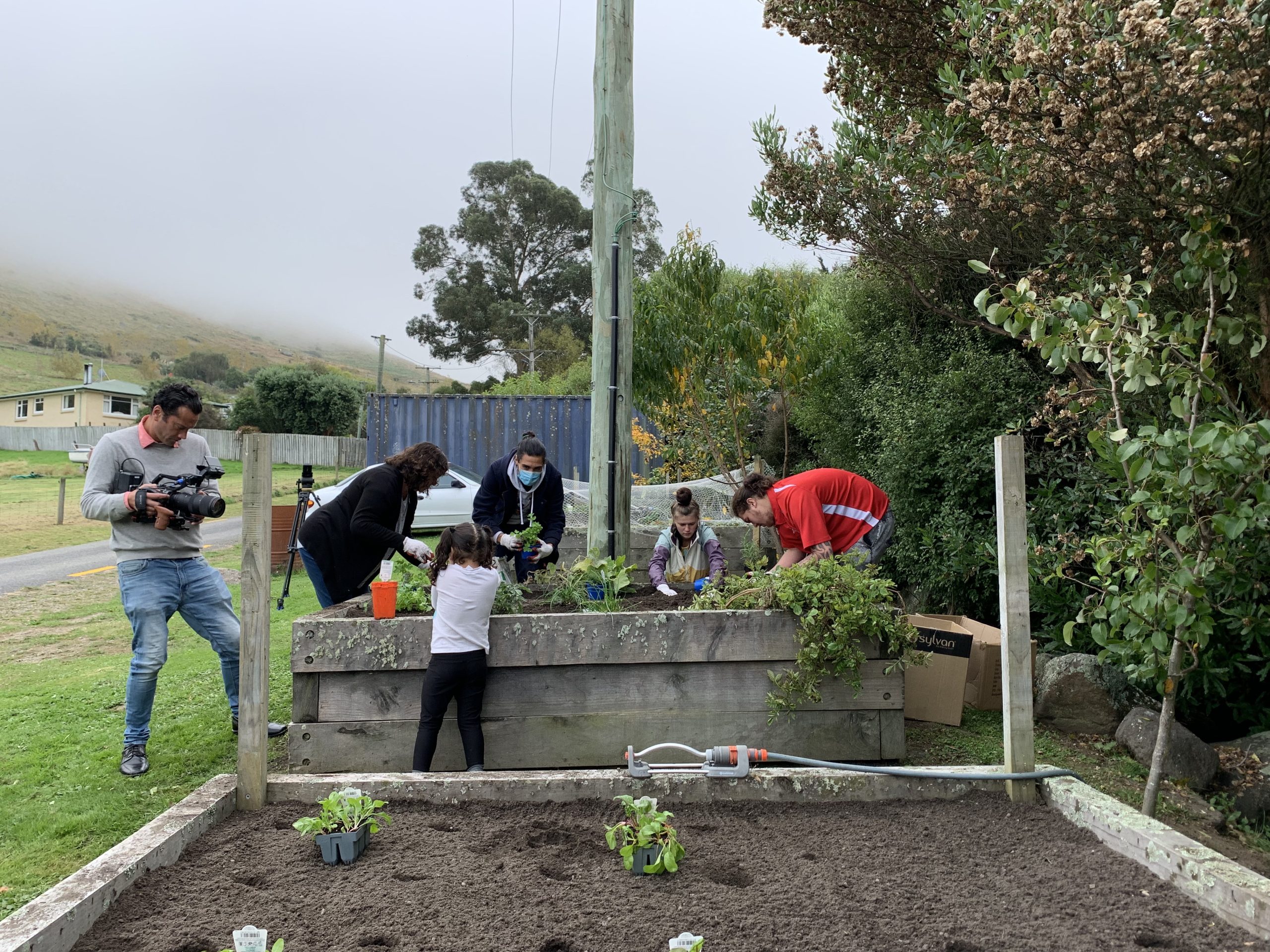 This week Māui Studios and NAIA have been spending time with two of our Kōanga Kai initiatives, capturing the magic of māra kai. On Tuesday they shadowed Jade Temepara, who is working with the incredible team at Housing First. Housing First work with kaewa – homeless whānau – across Ōtautahi, supporting them to get off the streets and into their own whare. With the support of Kōanga Kai, Jade is able to create māra kai in the backyards of some of these whare, enabling the kaewa to reconnect with the whenua and grow their own healthy kai. On Wednesday the team were out at Rāpaki, filming the māra kai and future market garden site created by Michael Parata-Peiffer – pictured below. We are looking forward to sharing these stories with you in full soon!

One of the ways our WAVE funding has been really meaningful has been to invest in ngā toi – the flourishing vitality of our artists, their taonga, their processes and opportunities. One such initiative is Dexterity Inc. The most meaningful impact of the initiative is to keep artists engaged in artmaking, to give them a platform to sell their work and in a culturally safe environment. Dexterity Inc will create a strong support network for young Māori graduate artists who during COVID-19 focused on promoting wellbeing, encouraging the artist’s aspirations and being creative together.

One of my last functions as Pouārahi was to be able to hand over one of these taonga to Nikki Schwass, Regional Manager for Māori Partnerships Te Waipounamu.

I had made a commitment to Whaea Mairere Tankersley at the opening of the mana wahine unit last year, and said that I wanted to gift an art work that spoke to mana wahine. I attended the blessing of the Huritini unit – Te Mana Wāhine on Friday 3 December 2021 – and was really keen to be able to provide a demonstrable indication of the ihi, the wehi, the wana of mana wahine. Accordingly I commissioned a piece from Harriet Leonard (Ngāti Rangiwewehi, Ngāti Raukawa, Ngāti Whakaue, Ngāi Tūhoe). Harriet graduated from: The Dunedin School of Art with a Bachelor of Visual Arts in 2019 and is part of a collective of young Māori artists (Studio Dexterity)  that we have supported through Whānau Ora. Pictured below, the art represents the many vibrant threads of mana wahine – that if you were look into the soul of a woman you would find a diverse and dynamic series of life-influences; paths she has travelled that can restore her to a place of healing. The rainbow represents that woman finding the pathway she will choose for herself; a pathway to love; to happiness; to self-belief. 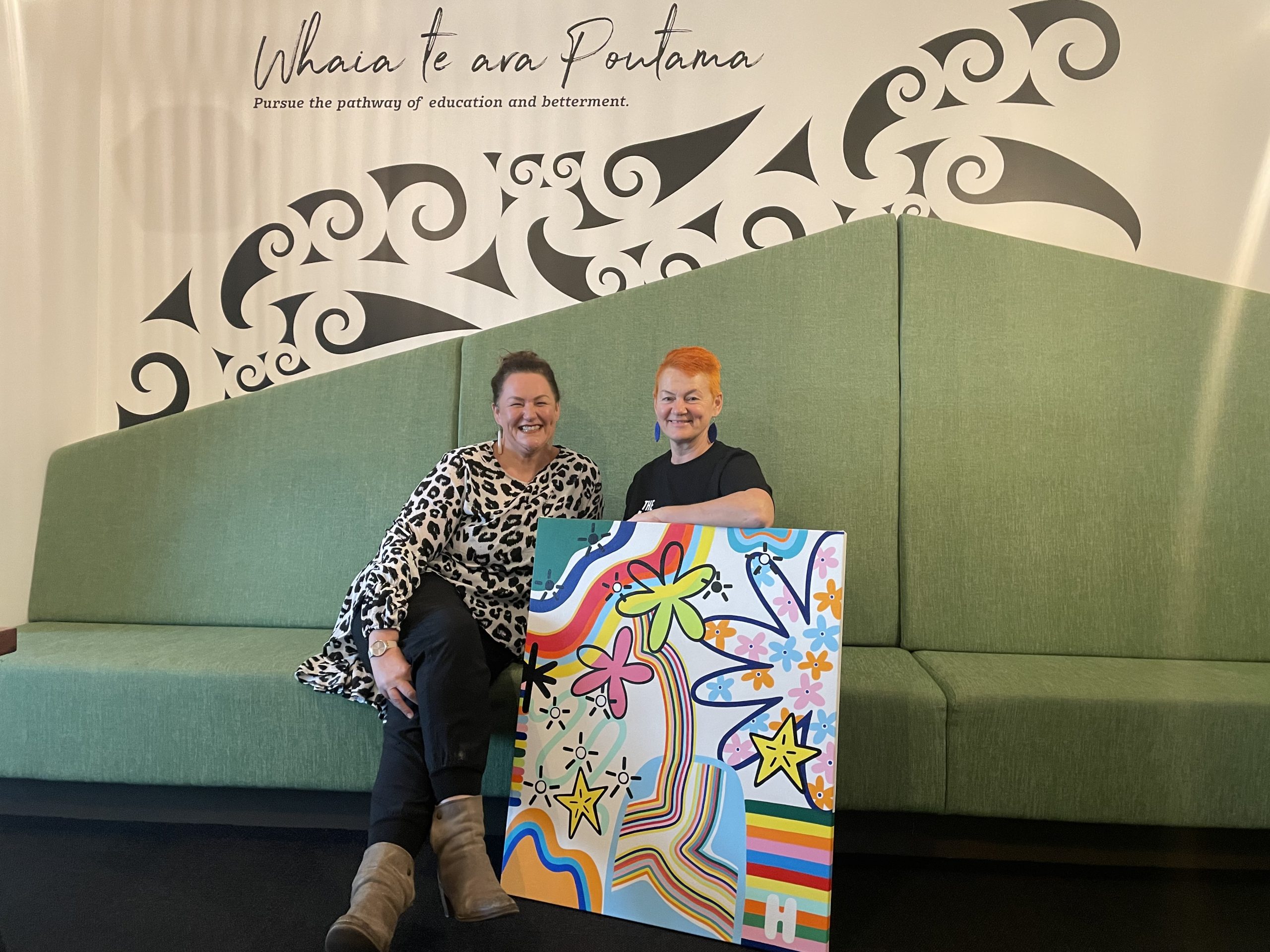 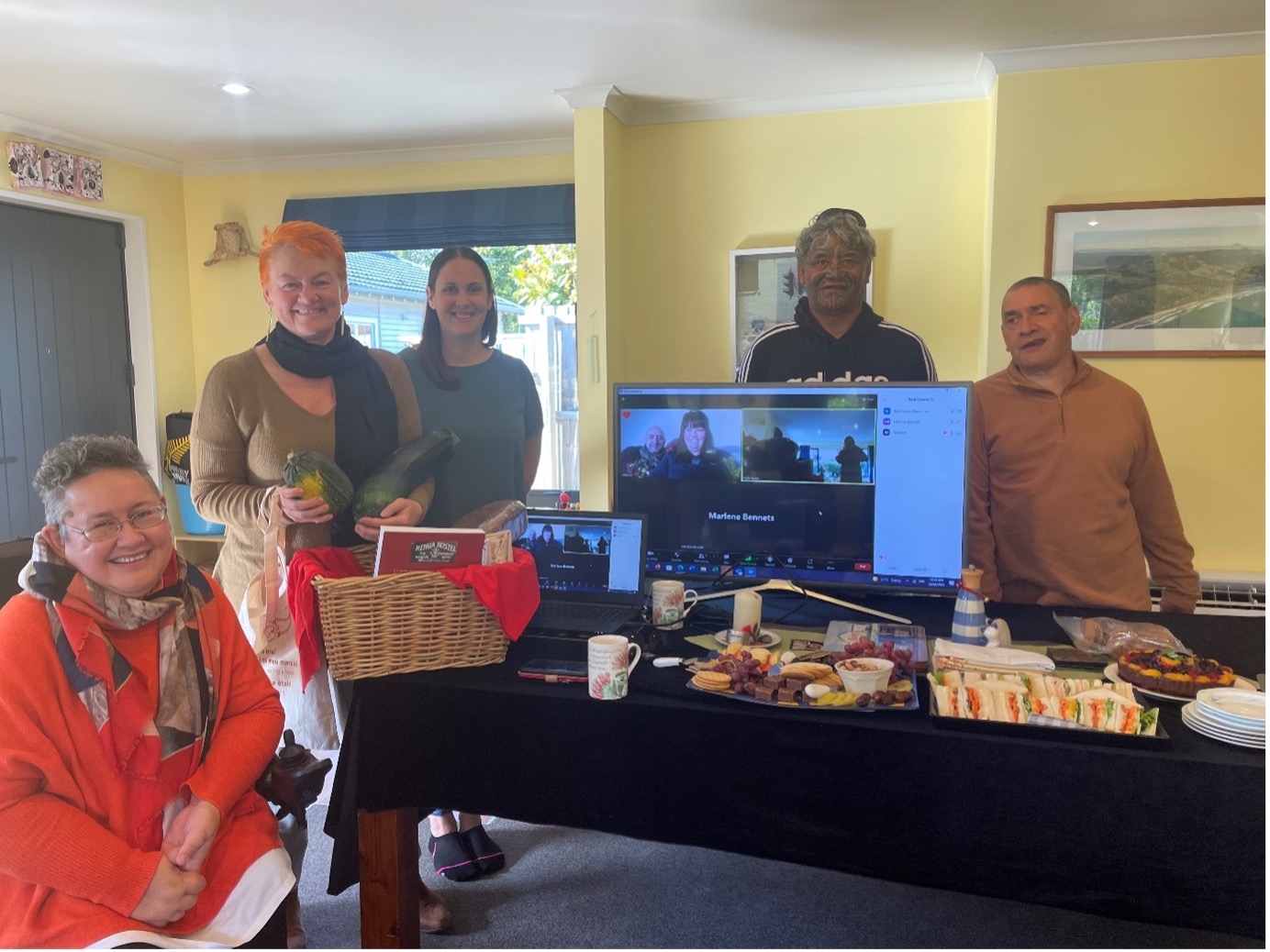 It has been such a pleasure to have chance visits along the way, to say goodbye in our own special time. Last week it was a treat to be with Hei Whakapiki Mauri – to say farewell to Billy and Waikura on screen; our fabulous kuia Marlene Bennetts. Watch this space for the launching of Marlene’s book in June.

We are all so proud of her in writing a book on overcoming the trials and tribulations faced in her lifetime, such as; coping with a physical disability, supporting whanau with mental health issues, overcoming grief and more. The aim of the book is to support whanau to overcome any hardships they may be experiencing. Her autobiography is called Whakaaetanga/Acceptance: click here to learn more.

On Monday we joined with our whānau at Flying Geese Productions to celebrate the launch of WERO, a wayfinding initiative for rangatahi entrepreneurs. Funded by Te Pūtahitanga o Te Waipounamu and the Ministry of Social Development (MSD), Wero offers coaching to Māori and Pasifika rangatahi through kanohi ki te kanohi workshops and an online course designed specifically for them. WERO takes rangatahi through fun and engaging business challenges, under the guidance of wayfinding coaches – and all participants are in the running to win the trip of a lifetime on a waka hourua. We are now inviting applications from schools across Te Waipounamu who want to bring WERO to their students. Applications close on Monday, click here for more.

The video below introduces you to two of our rangatahi coaches, Leanna Pardoe and Lopeti Sumner. We are proud to deliver a programme that is designed for rangatahi, by rangatahi.

As we prepare ourselves for a potential second wave of Omicron, as well as other variants that may still be on the horizon, it is concerning to see that vaccination and booster rates for Māori – especially tamariki – continue to lag behind the rest of the country. This week I shared my vaccination story – visit here to read it in full. 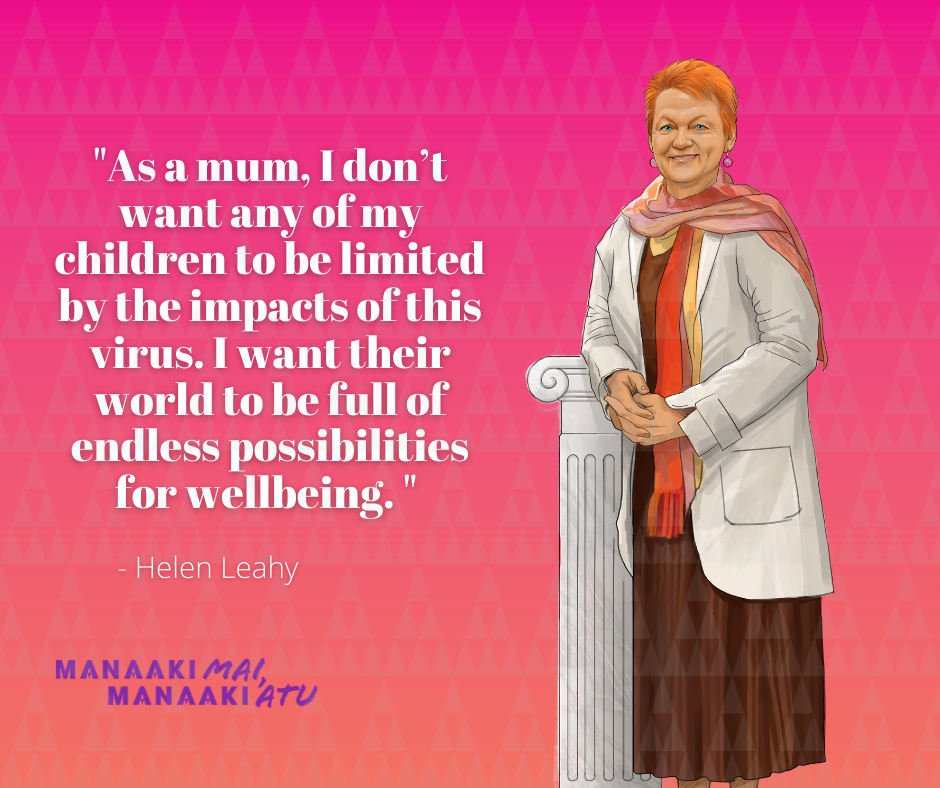