"Every great dream begins with a dreamer. Always remember, you have within you the strength, the patience, and the passion to reach for the stars to change the world." — Harriet Tubman

The past week has been one of great change, as the kaimahi of Te Pūtahitanga o Te Waipounamu have joined in the grief flowing across the motu, farewelling several well-known whānau members. Last Friday marked the passing of two wāhine toa of Te Waipounamu: Dame Aroha Reriti-Crofts and Karen Morgan.

The indomitable Taua Aroha, the first Ngāi Tahu Dame, was a changemaker indeed. She an inspiration to us all and a huge influence on Whānau Ora. Many of her initiatives provided the blueprint for a number of our own kaupapa: her Kai in the Yard programme helped young mothers to create their own vegetable gardens, a predecessor to our successful Kōanga Kai initiative. Tamariki Ora, Rapuora, car seat safety programmes and parents-as-first-teachers were all programmes that led the way for Mokopuna Ora. Dame Aroha believed wholeheartedly in the power of change – that all whānau have the potential to improve their lives and deserve every opportunity to do so.

Karen Morgan was another lifelong advocate for our tamariki and mokopuna. As well as raising her five children (including three whāngai) she was involved in many kaupapa focused on the wellbeing and protection of all tamariki.

This included her mahi as a carer and as a kairaranga for Oranga Tamariki, working to ensure that tamariki in the care system remained connected to their whakapapa and identity. Her work changed the way that Oranga Tamariki responded to tamariki Māori in Ōtautahi – more than that, it changed the lives of the many tamariki and whānau she worked alongside.

We also acknowledge other losses further afield, including Joe Hawke, whose mahi contributed to a huge change in the way that Māori saw themselves and their capabilities. Joe Hawke will be remembered for his leadership at Bastion Point, which was the first land case to be decided by the Waitangi Tribunal, as well as many other significant causes.

In a time of great change and uncertainty, we recognise these rangatira who made change their life’s work. As we mourn their loss, we resolve to honour them by continuing their incredible mahi, by supporting our whānau to navigate the change that faces them, and to create better futures for all.

The wāhine behind the Te Tauihu Māori Business Network are perfect examples of changemakers in action, working to build whānau prosperity and support pakihi Māori. We were honoured to support this initiative as part of Wave 13, and were excited to receive an update from them this week. Kairuruku Mareikura Ikin stepped into her leadership role of the network in September 2021, and since then has been establishing and maintaining relationships with Māori businesses across Te Tauihu.

Mareikura says the role has been a huge learning venture for her, but she has enjoyed every step of it. Her highlights so far have been connecting with new people, coordinating events, and supporting whānau business needs. She appreciates the support she has received and says it is a privilege to learn from and work with Sacha, Chan, and her own whānau.

A big project for the network has been the development of Toiere, an online marketplace that is designed to support the growth and capability of pakihi Māori. It has been designed to support and strengthen procurement lines and create a digital presence on a platform that is safe, easy to use, and reliable. The marketplace will be completely self-managed by whānau and network will act as a digital distribution centre. Post launch, a series of workshops will be held to support whānau around the marketplace. The Toiere website will be launching at Matariki. 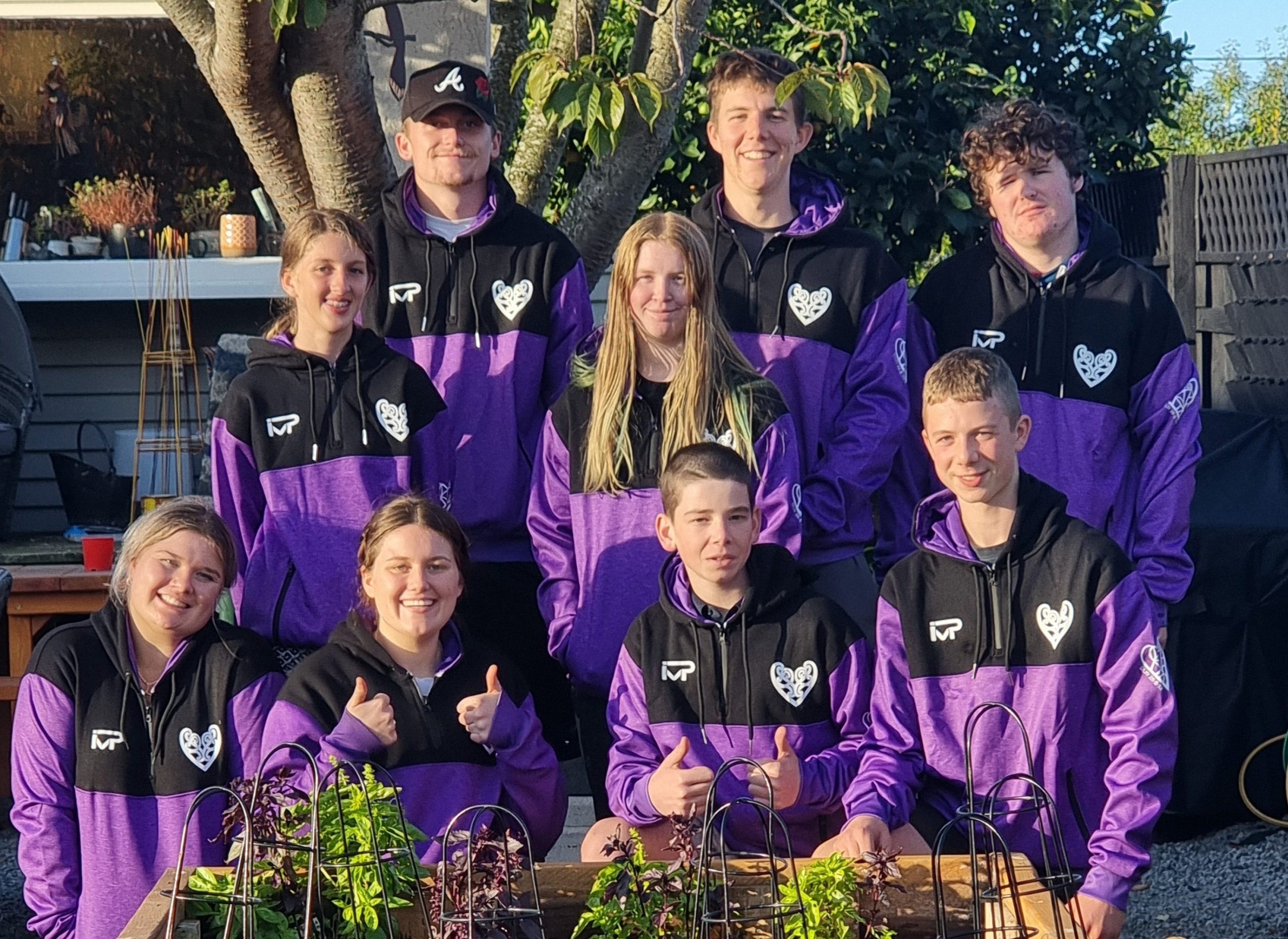 Last weekend the crew of Māui Studios and NAIA were at Whānau Whanake, filming a digital story on their Kōanga Kai kaupapa. Whānau Whanake is a community-based social enterprise, supporting whānau to thrive by participating in activities that are meaningful and support whānau wellbeing and health. With the support of Kōanga Kai, they have transformed their backyard into a community space, featuring māra kai, a half basketball court and areas for whakawhanaungatanga. Their goal is to give rangatahi the opportunity to learn about growing their own kai, creating connection to the whenua and building healthy habits around nutrition.

On Sunday, Whānau Whanake held a working bee to prepare the community space for their Matariki event. There was a great turnout of rangatahi, pakeke and kaumātua, who weeded, planted winter greens and herbs, and tidied up the space. We look forward to sharing more of this kaupapa with you – watch this space! 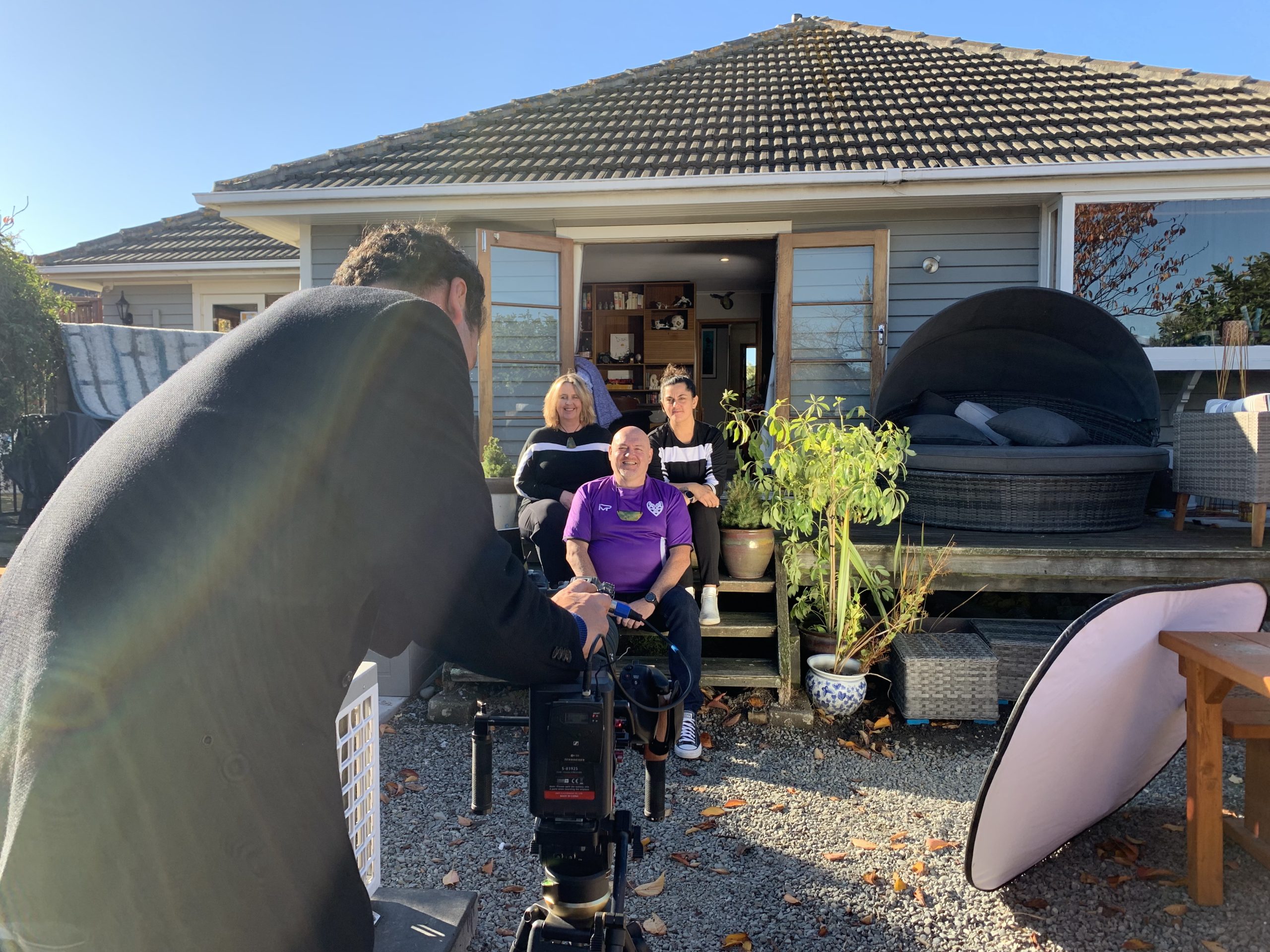 Whare from Māui Studios filming with Cate, Riwai and Lou from Whānau Whanake

Next month, Te Pūtahitanga o Te Waipounamu is hosting two events in Ōtautahi, designed to increase awareness of cervical cancer and offer free smears to wāhine Māori. We know that many wāhine feel whakamā about getting their regular smears, and these events will be a safe and welcoming environment to ask pātai and get a smear – all free of charge. All participants will receive a hauora gift pack, to celebrate taking this important step in protecting their wellbeing. Visit our Aroā page to learn more and register for one of these events on 11 or 18 June.

The Aroā workstream is about connecting whānau to the information and services they need to stay healthy, by creating safe spaces that foster greater awareness and uptake. We want to help whānau in Te Waipounamu overcome barriers to the availability, accessibility, affordability and appropriateness of healthcare.

Keep your whānau healthy this winter

As we move into winter, we know that whānau are at greater risk of becoming unwell with a number of bugs going around at the moment. We are still seeing steady numbers of COVID-19 in the community, and in the last few weeks, there has been a nasty flu going around. It is important that we take these illnesses seriously – although most of us might get through them without too much trouble, some of our whānau are at a high risk of becoming very unwell, and in the worst-case scenario, of death.

Health professionals are also warning of potential outbreaks of RSV and measles, which can be very dangerous for our pēpi and tamariki. We are asking all of our whānau to do what they can to protect themselves this winter – make sure your whole whānau is up to date with the COVID-19, influenza and MMR vaccines, and practice tikanga hauora to keep yourselves safe. Wear a mask and keep your distance from others in public places and stay home if you are feeling unwell.