An end of an era 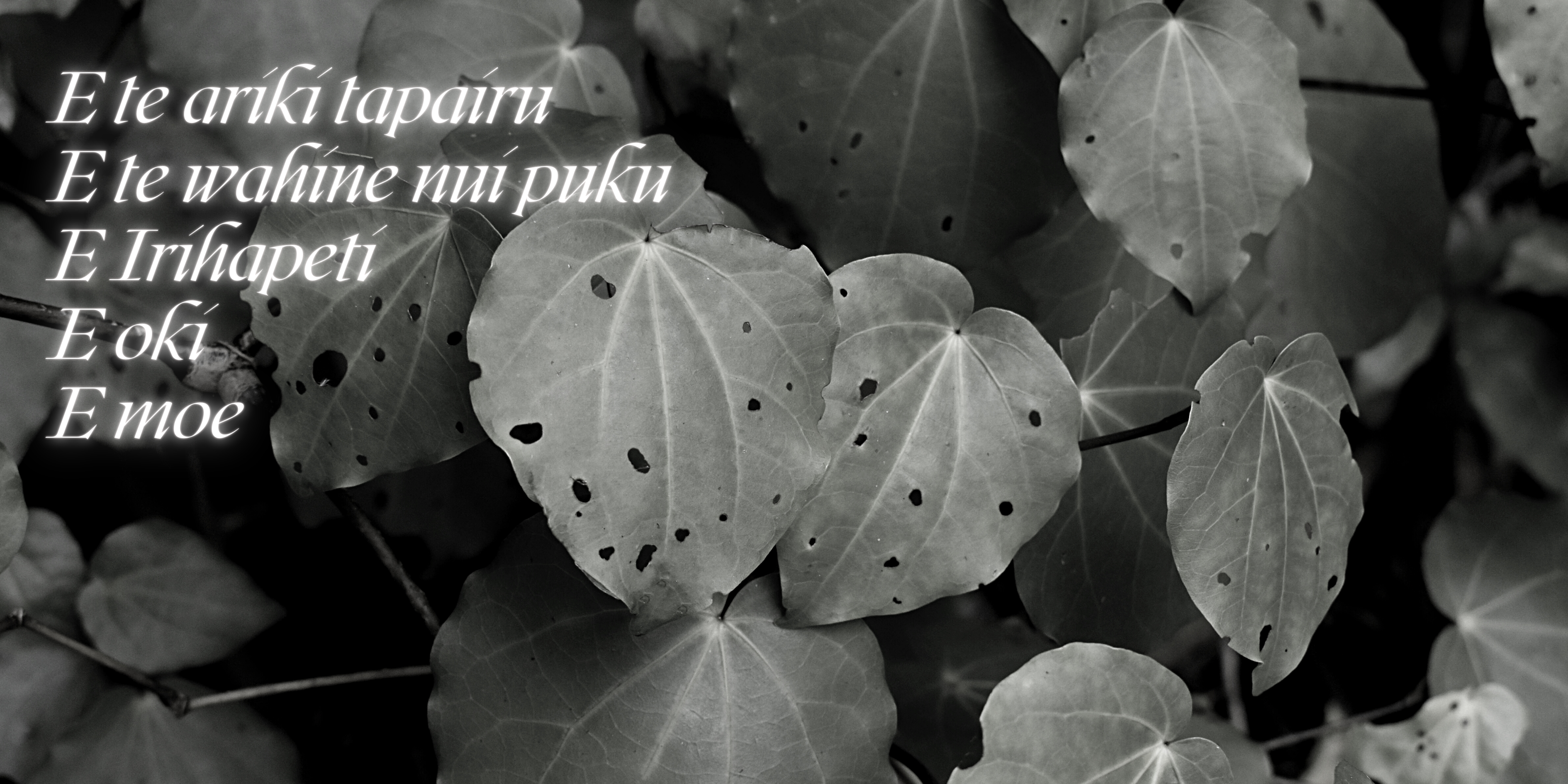 This morning we awoke to the news that Queen Elizabeth II had passed away, drawing to a close a reign of more than 70 years over the United Kingdom and Commonwealth realm, including Aotearoa. Although she does not have direct oversight over our country’s leadership, she has been a constant presence in our lives since she ascended the throne in 1952. Her head adorns our bank notes and coins, we celebrate her birthday with a public holiday, and her Christmas message is still broadcast across the country every year.

Te ao Māori has always shared a complicated relationship with the British monarchy. On one hand, our tīpuna underwent great suffering as a direct result of colonisation, the impacts of which continue to affect our whānau today. On the other hand, Queen Victoria was a signatory to Te Tiriti o Waitangi, the founding document that preserves the unique status of Māori in Aotearoa, and that is expected to be honoured by her successors.

Although we are yet to realise the tino rangatiratanga that our tīpuna fought for, Te Tiriti plays an important role in our evolving relationship with the Crown and our ability to advocate for Māori rights and interests.

Te Tiriti o Waitangi establishes our position as equal partners with the Crown, and provides us with an avenue for redress when its terms are not adhered to.

In particular, Queen Elizabeth II has always demonstrated her interest in te ao Māori and her sincere regrets for the way that our country was colonised. In 1995, she issued an apology to Waikato-Tainui, and in turn to all iwi, for the ongoing breaches of Te Tiriti o Waitangi that had led to the first Treaty settlement. It was the first time a member of the British Royal family had issued such an apology, acknowledging the wrongdoing that had occurred over many years.

We know that many whānau will still view the monarchy with some scepticism, but today, Te Pūtahitanga o Te Waipounamu acknowledges the late Queen Elizabeth II for her enduring compassion, her consistent leadership, and for the love and loyalty she inspired across the world. At the end of the day, she was also a much-loved wife, māmā, sister, aunty and nan and our aroha goes to her whānau and all those affected by her loss. 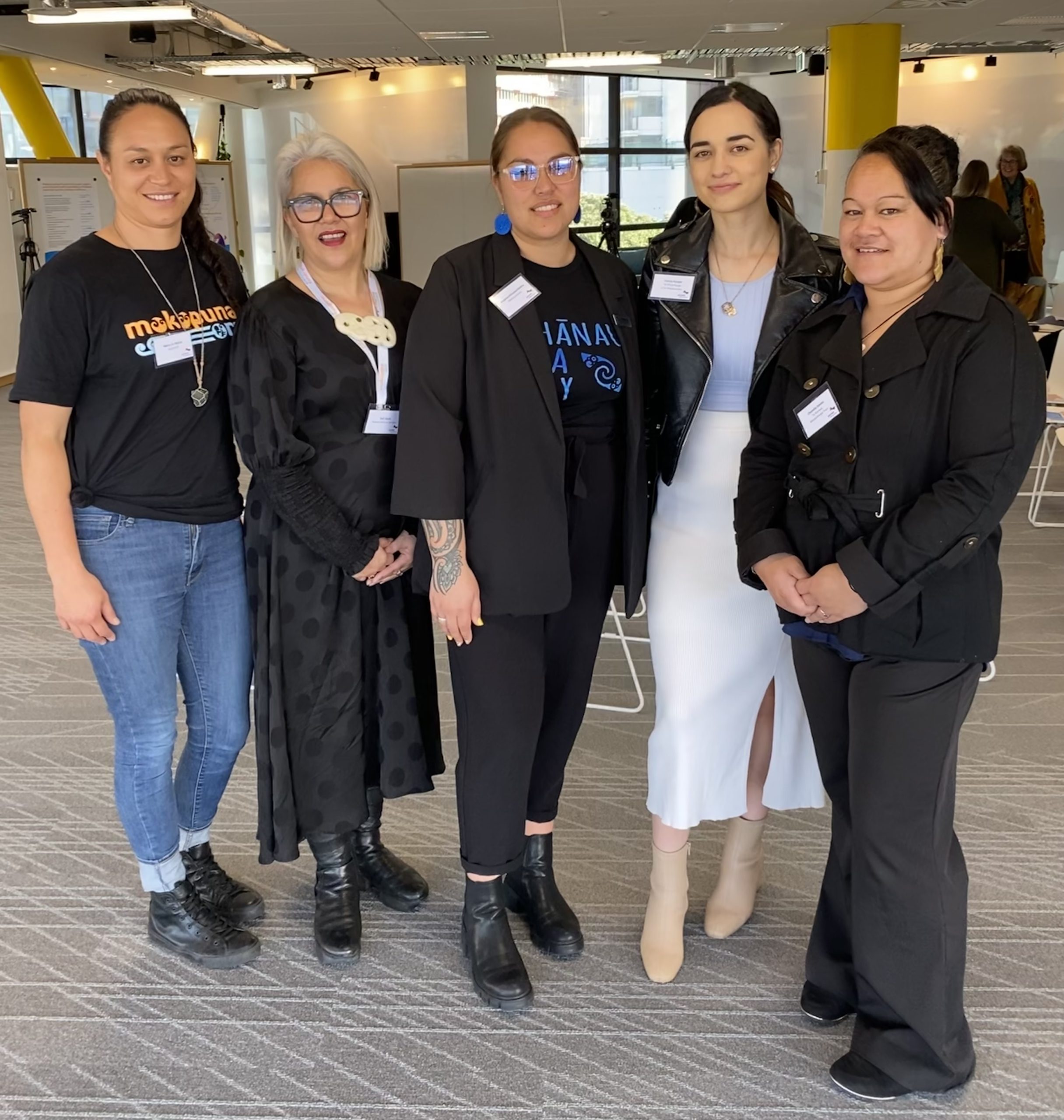 Last week kaimahi from Te Pūtahitanga o Te Waipounamu and three Mokopuna Ora Connectors met in Wellington to attend the Maternal Mental Health Forum. Delivered by Whānau Āwhina and supported by the Wright Family foundation, it was a day full of enriched kōrero about maternal mental hauora with wāhine mā from various backgrounds speaking about their own maternal experiences. There were presentations from specialists around perinatal mental health and conversations about the policy challenges facing healthcare workers in this space.

Organisations from around the motu gathered to listen to the panel of guest speakers and hear the issues whānau are facing, sharing their collective expertise and solutions to issues or barriers communities are facing in this mental health sector. Overall, this was an uplifting and reassuring experience for our kaimahi, knowing that we are on the right track in terms of the Whānau Ora and Mokopuna Ora approach offered to mātua and tamariki. Our learnings reaffirmed that what we are doing is a step in the right direction. Creating change and opportunity for whānau and hapori across Te Waipounamu begins with conversations and learnings such as these, and we are grateful to have been invited to listen to and participate in this wānanga.

Our Commissioning Manager, Huata Arahanga recently had the opportunity to visit a number of Wave 16 entities across Te Tai Poutini, making visits to Westport, Greymouth and Hokitika. He came away inspired, saying it was awesome to experience first-hand the aspiration and passion that whānau have for their kaupapa. In Westport Huata caught up with NFM Firewood Limited, a whānau-based business supplying firewood and coal in Westport, Tamāhine Boutique, an amazing young Māmā who is diving into the business of providing unique Māori and New Zealand inspired clothing, décor and accessories that encourage deeper connections to Māori people and culture, and two wāhine who are venturing into creating a business around stone carving.

In Hokitika, Huata was able to learn more about the amazing community involved in the mana-enhancing kaupapa delivered by Te Hono o Ngā Waka, as well as meet with an incredibly talented and perseverant tāne who is building an amazing kaupapa around his passion for claymation. Huata wanted to have a tūtū but decided it was best to leave it to the experts! Overall, he came away inspired by the diverse and expansive range of kaupapa led by our whānau on Te Tai Poutini. 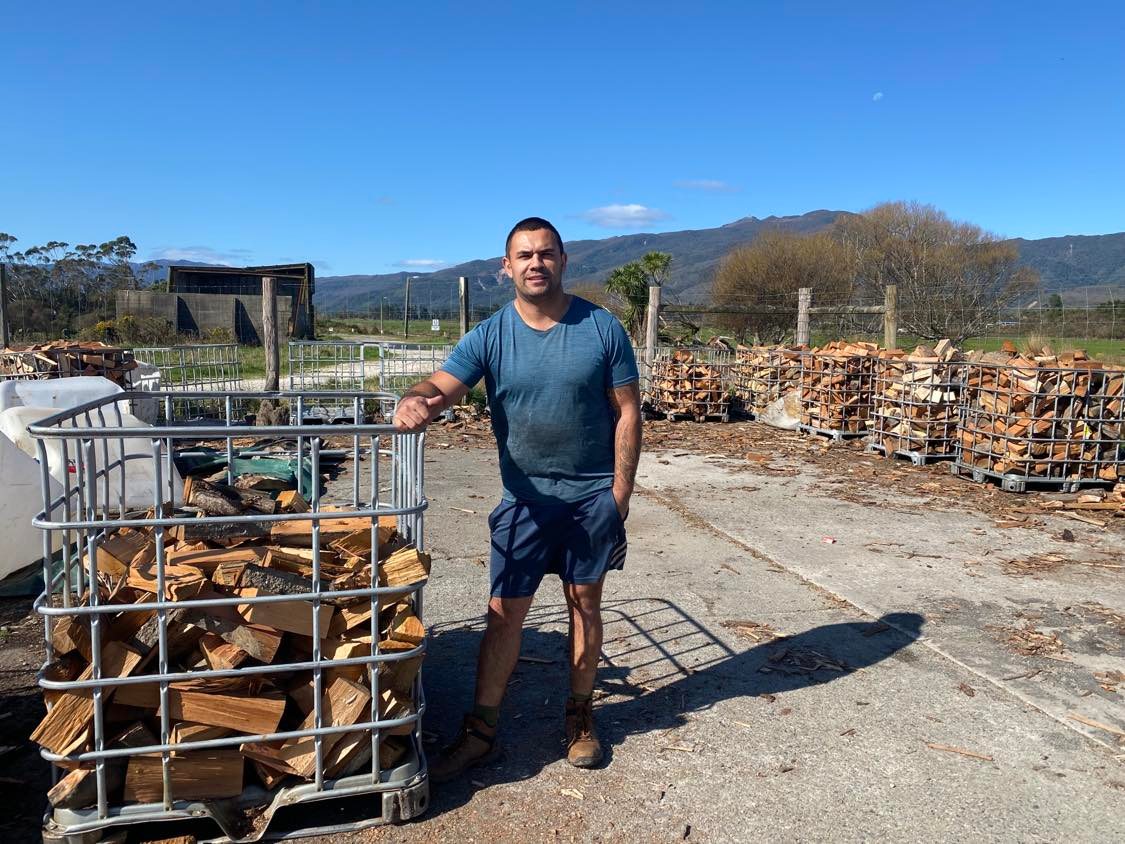 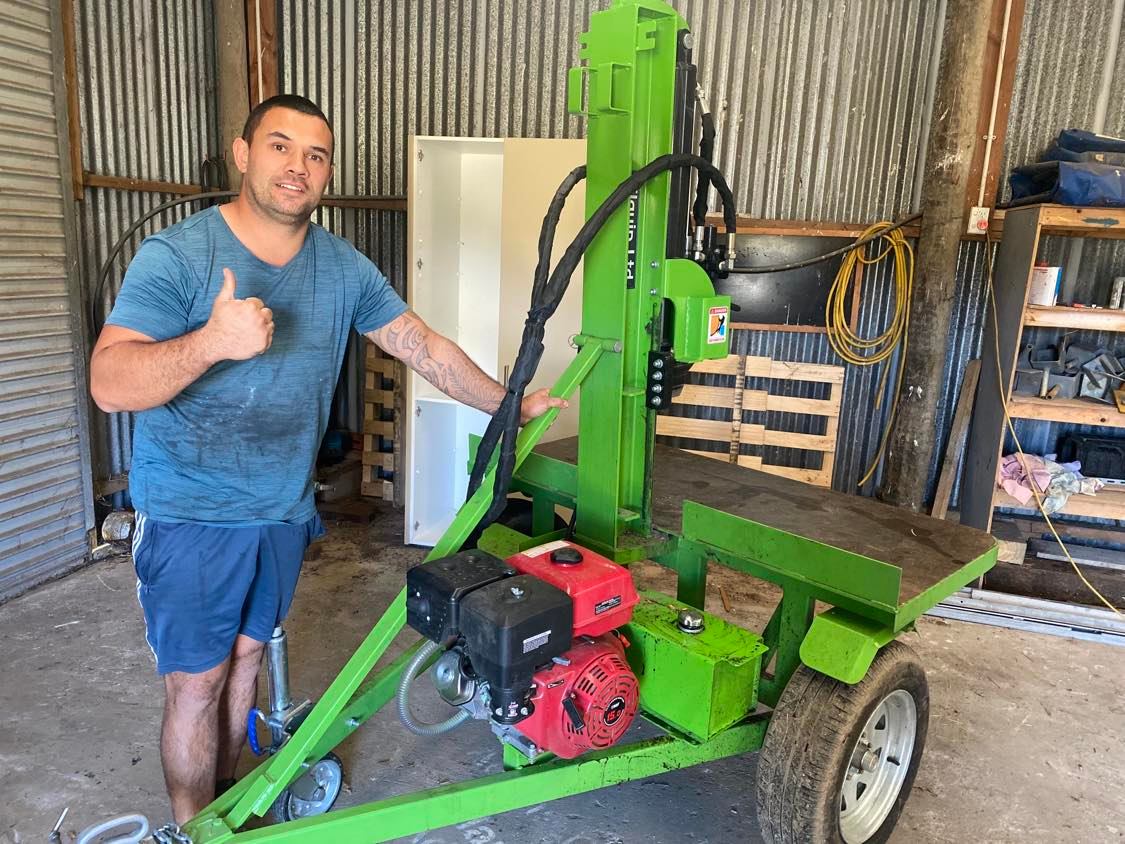 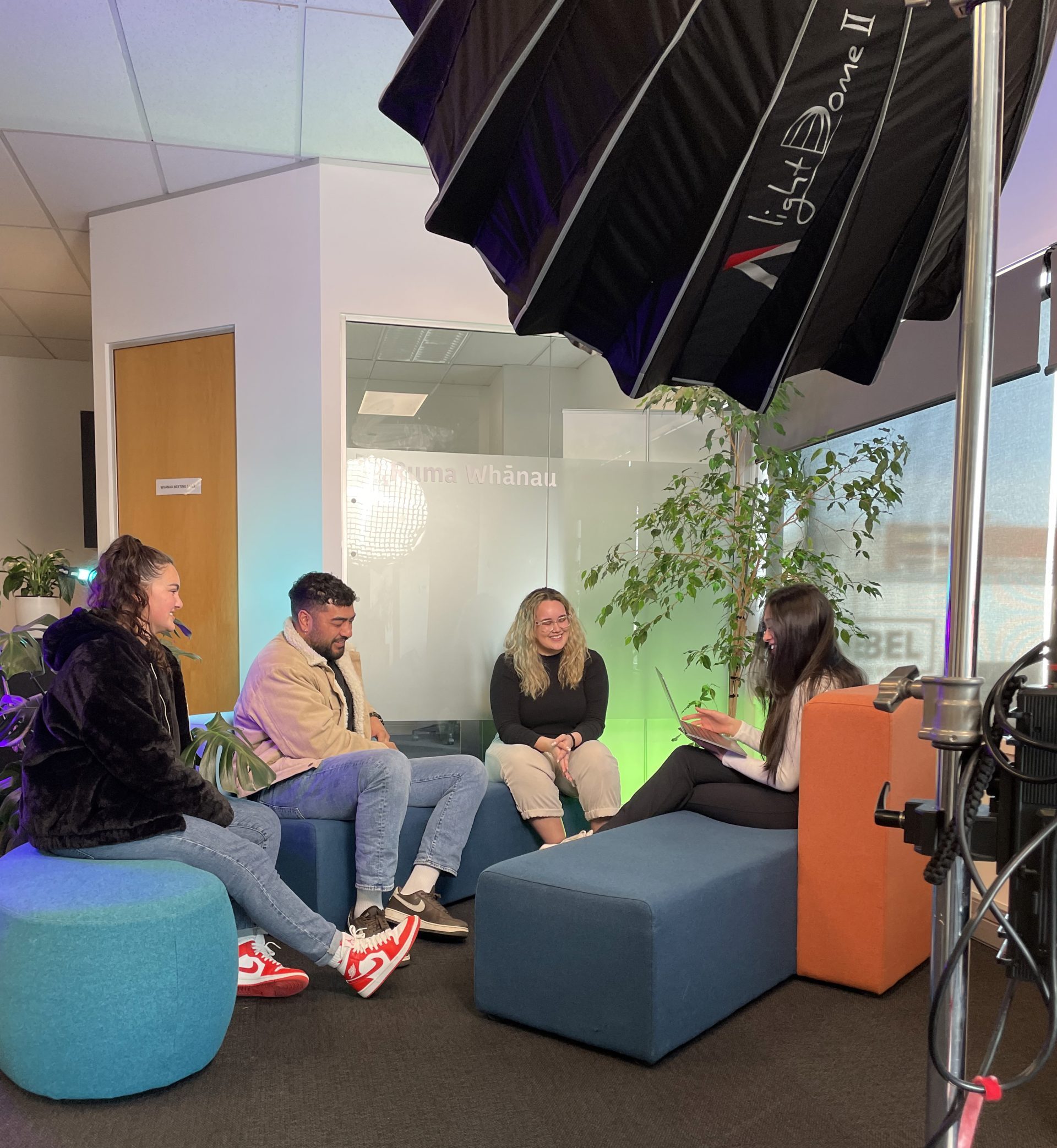 This week we had the teams from Māui Studios and NAIA in the whare to film promotional videos for two of our investment streams, RUIA and Aroā. These are two of our lesser-known workstreams but they make a real difference for whānau. RUIA is all about investing in our future by providing opportunities for our rangatahi to build their skills and become the leaders of tomorrow, while Aroā seeks to improve the health and wellbeing of whānau by connecting them to the information and services they need to stay well. We are looking forward to raising awareness about these workstreams  so that more whānau can take advantage of the support they offer! It was also very special to welcome four of our RUIA rangatahi panellists to Te Whenua Taurikura for the filming – they always bring a much-needed boost of energy and enthusiasm to our kaimahi. 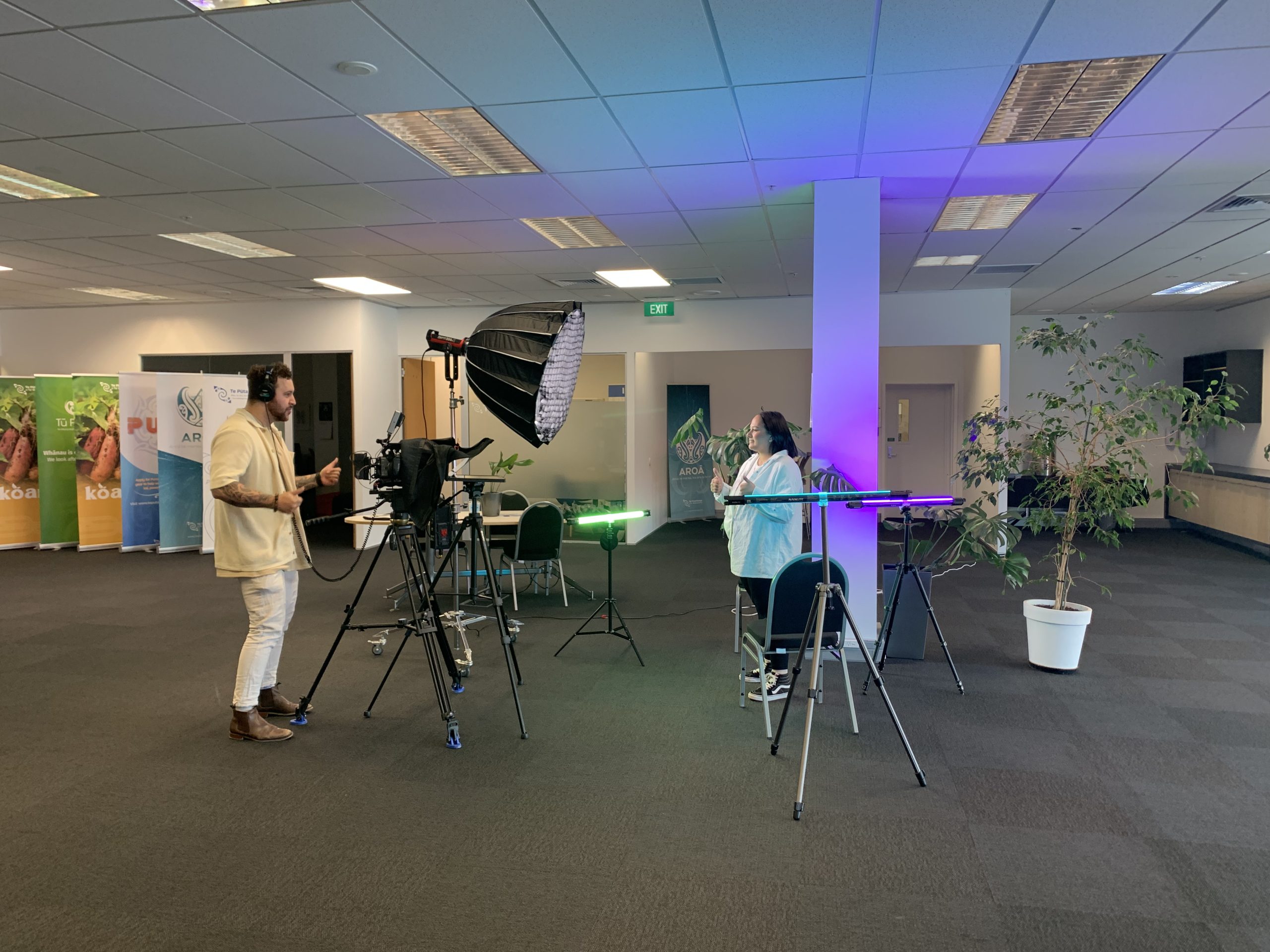 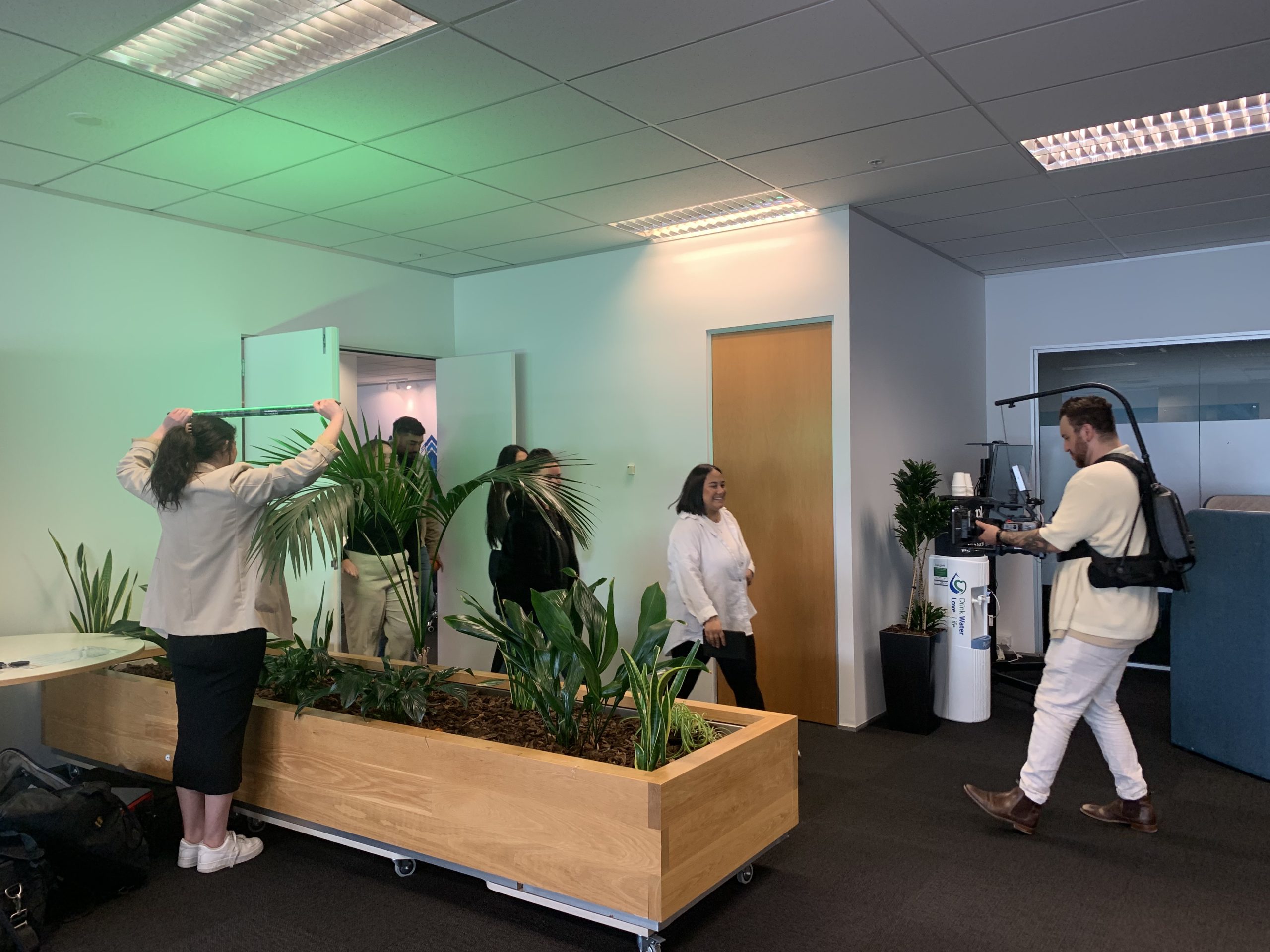 Yesterday our Pouārahi attended the site opening for Te Ora Hou Ōtautahi, a faith-based, kaupapa Māori organisation committed to the holistic development of young people, whānau and communities. It was fabulous to see this longstanding rōpū open their new whare, Te Iho o te Ora, on Windermere Road in Papanui, where they will continue to build relationships with rangatahi and their whānau within our hapori. The opening event was a beautiful occasion of celebration, featuring performances from Papanui High School and Hagley College, tours of the impressive new site and basketball games for the rangatahi in attendance.

Te Ora Hou Ōtautahi is part of a wider network of five centres located in communities across Aotearoa. Formerly Te Hou Ora, it was established in 1983 when it delivered weekly clubs for rangatahi across Ōtautahi. In 1996, the organisation evolved in response to the need for autonomous Māori-led decision making and culturally appropriate practice, becoming a national Māori organisation. Today, Te Ora Hou Ōtautahi delivers a range of programmes that support rangatahi and whānau, including clubs, weekly youth programmes, community connections in and out of schools, an onsite alternative education school and social and community work. 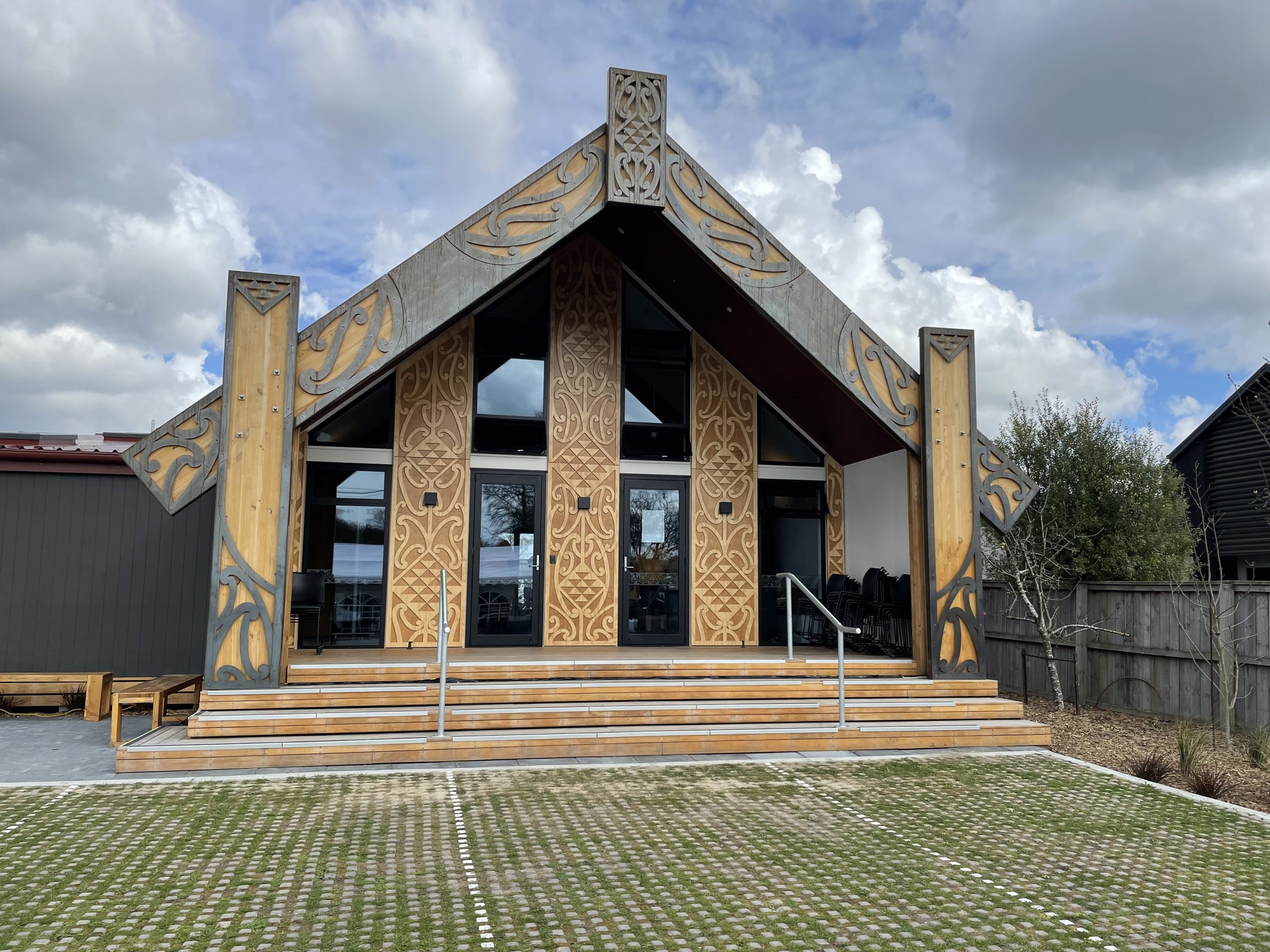 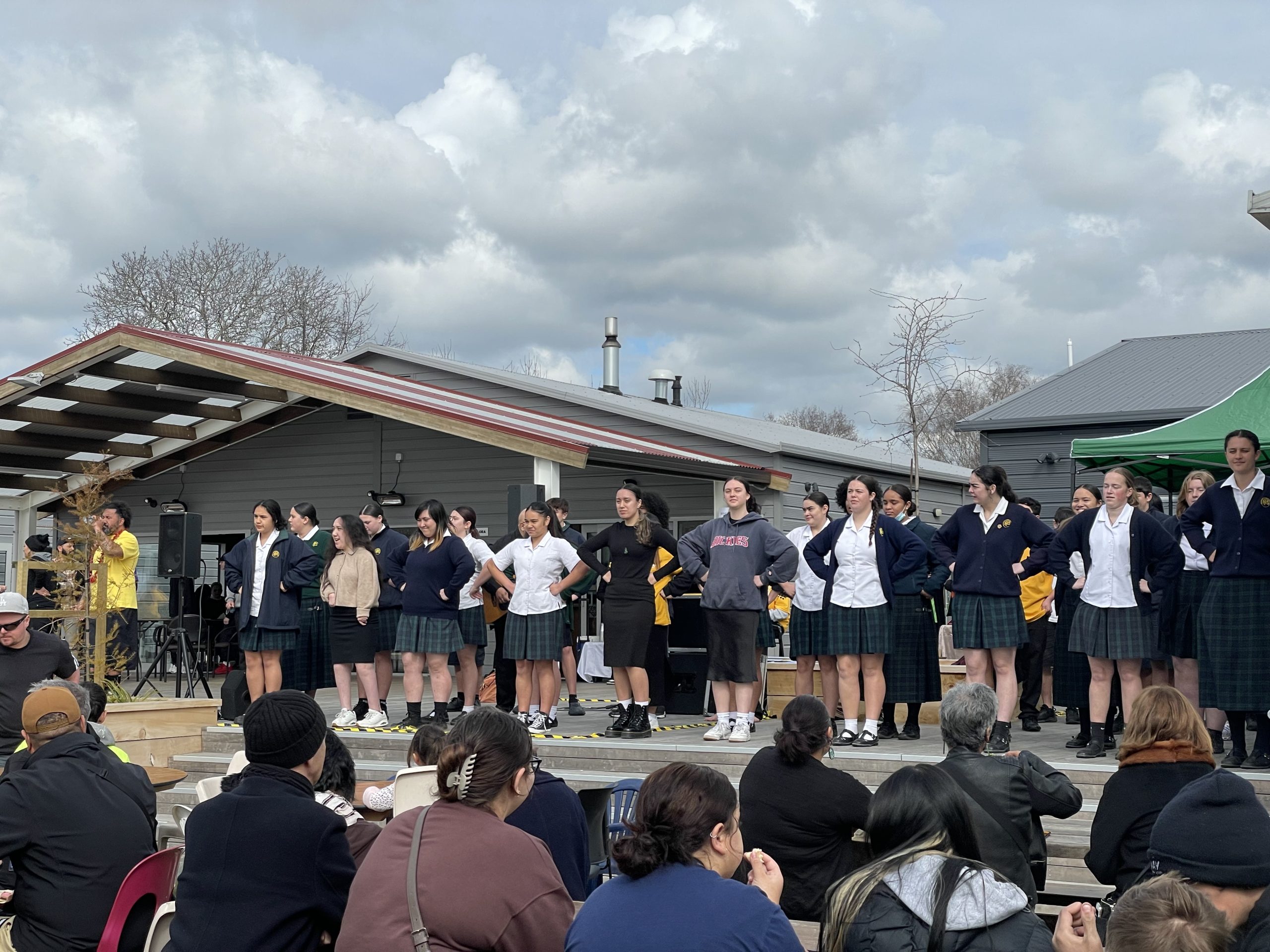 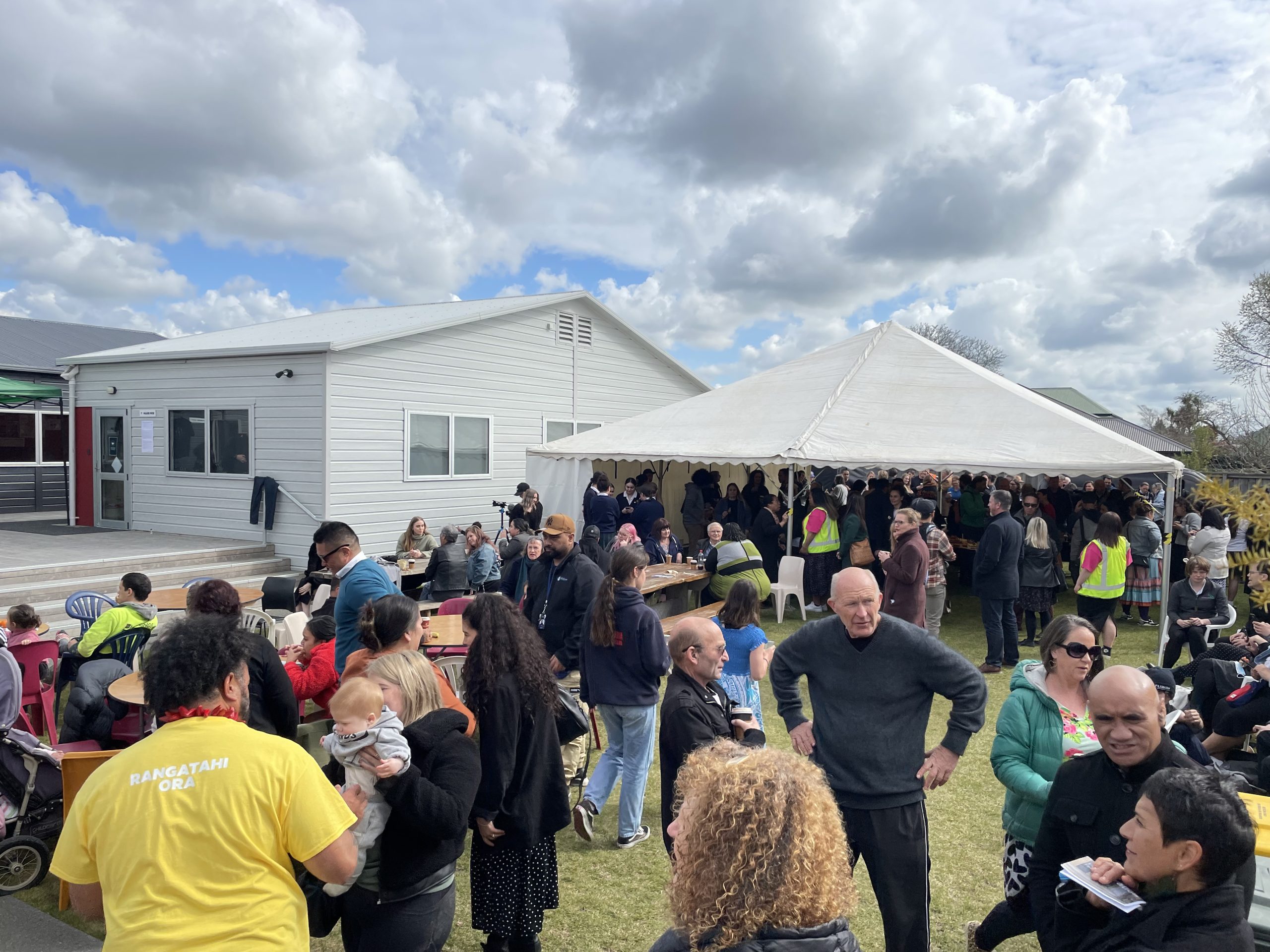 On Thursday our Whānau Resilience kaimahi were invited to participate in an online wānanga led by Heeni Hoterene, focusing on the maramataka and the impact it can have on the whānau we work with. Whānau Resilience is about walking alongside whānau who are healing from past trauma. Understanding the maramataka can help  to better understand ourselves and in turn tackle the challenges that we face. This wānanga was a beautiful opportunity to plant new seeds of knowledge for the rōpū, which included some of the wider team from Te Pūtahitanga o Te Waipounamu who are passionate about this mātauranga. Heeni Hoterene is an amazing wāhine who shares a lot of her knowledge via Facebook – learn more about her here and here.

We are looking for an experienced Accounts Officer to join our team here at Te Pūtahitanga o Te Waipounamu. This role will support the organisation in fulfilling planning, reporting, monitoring and compliance requirements. The ideal candidate will have skills and experience in financial reporting, processes and auditing, accounts payable and receivable and accounting software such as Xero and FlexiPurchase, as well as a strong understanding of MS Excel. This is a fulltime role based at our office in Ōtautahi, in a warm and welcoming environment surrounded by our amazing team. Visit the employment page of our website to learn more about this opportunity. 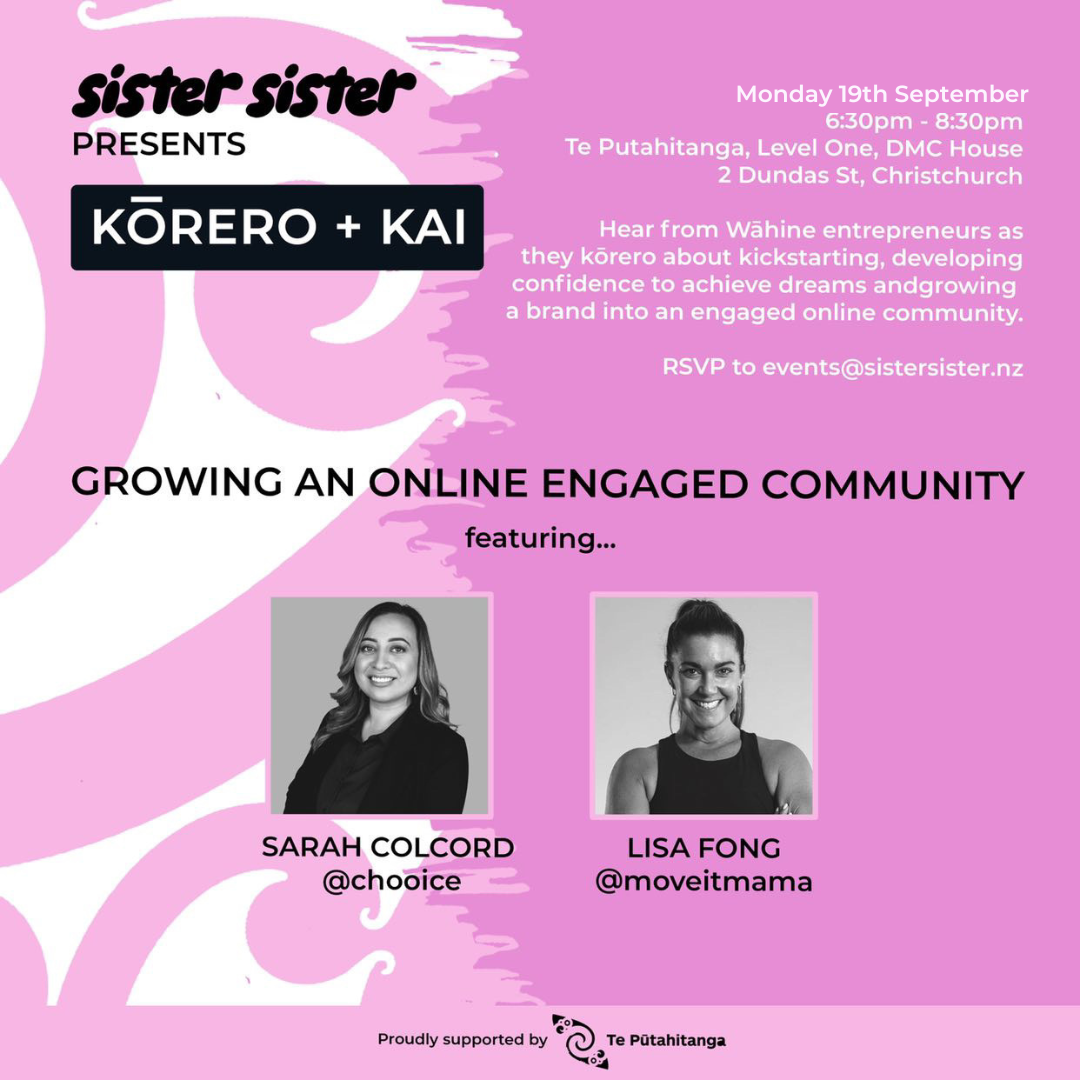 We are looking forward to welcoming Sister Sister to Te Whenua Taurikura again on Monday 19 September, when they will be hosting a Kōrero + Kai event for local Māori entrepreneurs. The kaupapa of the event is all about digital marketing and engagement for your business, and will feature kōrero from wāhine entrepreneurs, Sarah Colcord from Chooice and Lisa Fong from Move It Mama. Check out more details below and register by emailing events@sistersister.nz.