Not While I’m Around 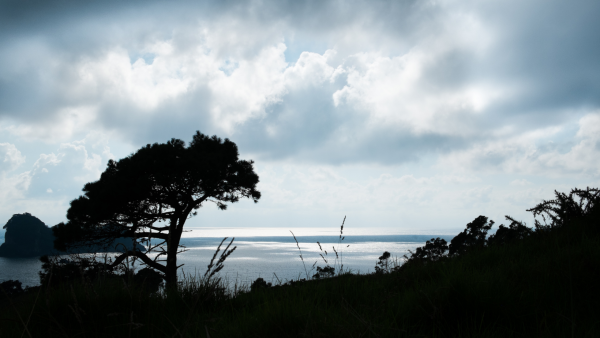 My mokopuna is fearless. I’ve enrolled her this year in gymnastics and she jumped up on the beam first pop, not requiring my loving arms to support her, thank you very much. Her latest passion is rearranging the mattress on her bed so that she leans it against the wall and jumps from the base, onto the mattress, holding on the curtains for extra momentum. Her bedroom becomes a circuit for acrobatics, her energy is seemingly limitless.

But at the end of the day when I am trying, trying, trying to encourage her to close her eyes and dream, she cuddles up to me, tells me she’s scared and asks me to play one particular song. Lately she has been asking that I sing it as well (even though I try to persuade her that Barbra Streisand is a better singer than me).

The song is from the musical Sweeney Todd, and repeats a constant refrain,

A couple of repeats of the song and she’s asleep, but it has got me thinking. What’s happened to my brave little girl that fear has entered her vocabulary? Tonight I worked it out. Coming home from kohanga she told me the boys have said she’s a scaredy cat. Her uncle tried to provide her with all sorts of strategies to ‘deal to’ the boys – my response was to emphasise just how very brave she is, and to just hold on to that, whatever they say.

It was a good reminder that sometimes it’s what people say that hurts the most – and right from our youngest babies we have to think of ways to keep consistently reinforcing the message that nobody can make you feel inferior without your consent.

Office of the Auditor General

This week we were honoured to hold a two-day wānanga for the Office of the Auditor-General (OAG). This event has been planned for several months, after the OAG reached out to us last year asking to meet to learn more about Te Pūtahitanga o Te Waipounamu and our Whānau Ora partners.

The basis for the wānanga was their view that Whānau Ora appears to have been a success for many whānau. A Ministerial review in 2018 found that Whānau Ora creates positive change for whānau and creates the conditions for that change to be sustainable. However, departing from standard ways of providing services has been a challenge for some public organisations. The Ministerial review raised concerns about how well some government agencies understand and support the approach, and how they have adapted their systems and processes to enable whānau-centred ways of working.

It was therefore timely for the office to follow up on how well public organisations are supporting the Whānau Ora approach.

The red setting required a shift to Zoom; nevertheless it was still a rewarding experience which provided some unequivocal reflections from our entities that public sector agencies didn’t understand Whānau Ora – and if they did, it tended to be isolated individuals rather than the wider system of delivery.

We were especially fortunate to be supported by several of our Whānau Ora partners, who joined the Zoom sessions to speak about their kaupapa and the needs of the communities they serve. It was truly invaluable for our manuhiri to hear directly from the amazing people who are out there doing the mahi on a daily basis. 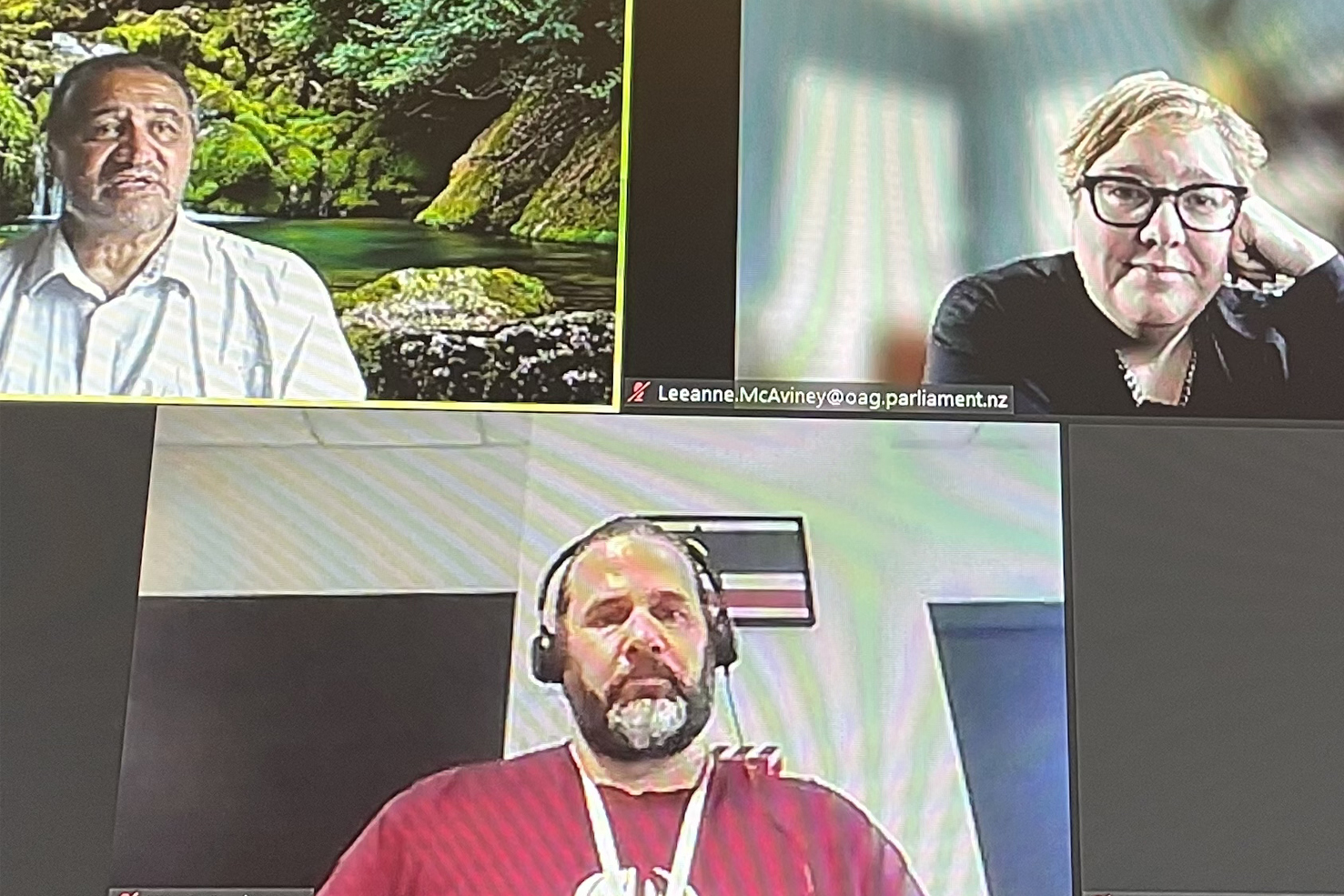 We are excited to be accepting applications for Ruia 2022. This unique fund is a partnership between Te Pūtahitanga o Te Waipounamu, the Rātā Foundation and Ministry for Youth Development, and supports rangatahi wellbeing, intergenerationl leadership, succession planning and cultural development. We’re looking for the leaders of tomorrow, so apply now if you have an idea for a kaupapa that supports the growth and development of rangatahi Māori. Click here for more.

Last week Māori vaccination rates reached 90 percent for the first dose of the COVID-19 vaccination – an awesome milestone that is adding protection to our whānau and communities. Now we need to keep up the momentum with the second dose and the booster shot.

Omicron has changed the game again and we now know that the third dose is crucial to keep the protection from waning – current research is telling us that three doses reduces the chance of hospitalisation by 90 percent. This week our Pouārahi Helen overcame her fear of needles yet again to receive her third dose. 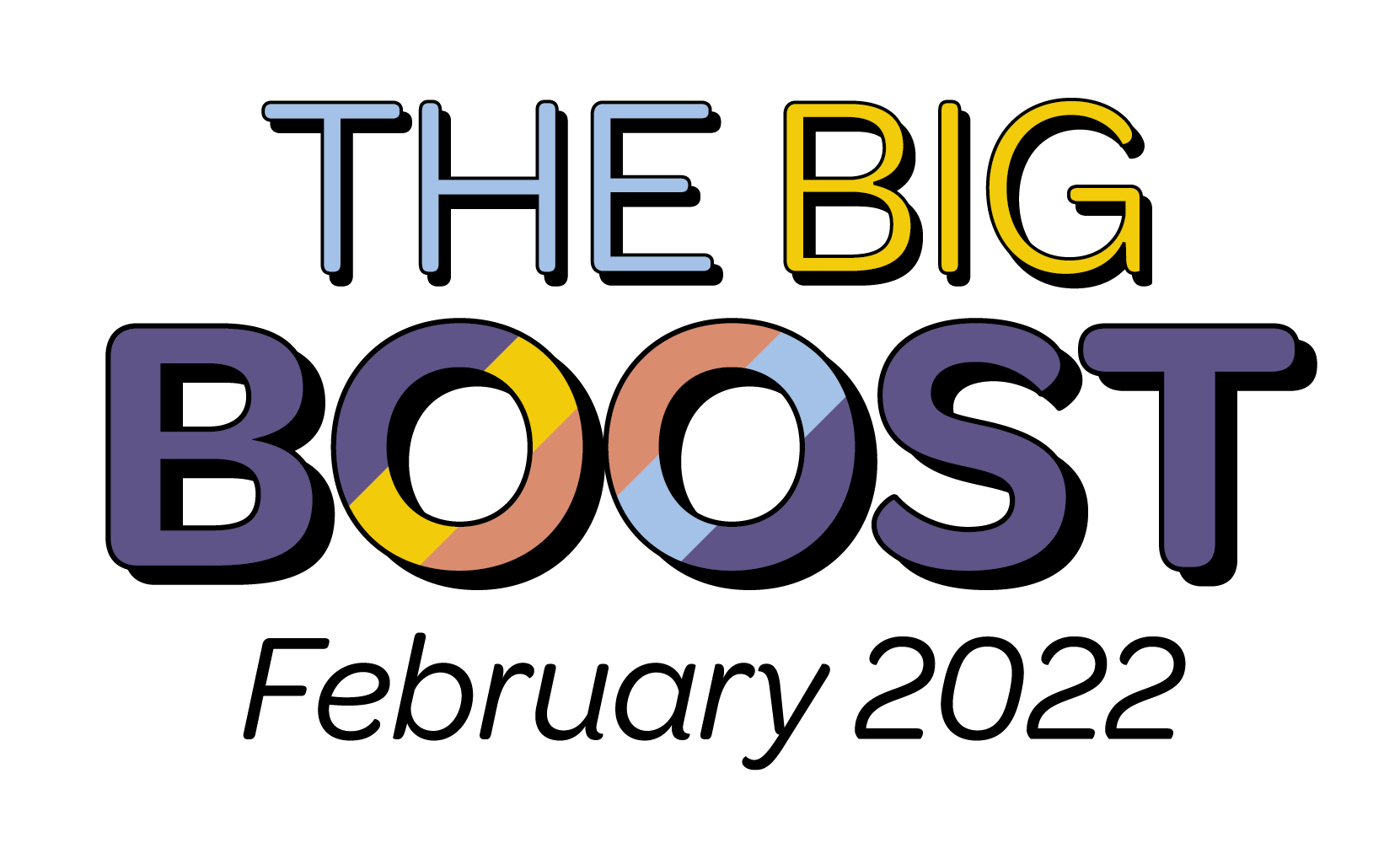 Last week Māori vaccination rates reached 90 percent for the first dose of the COVID-19 vaccination – an awesome milestone that is adding protection to our whānau and communities. 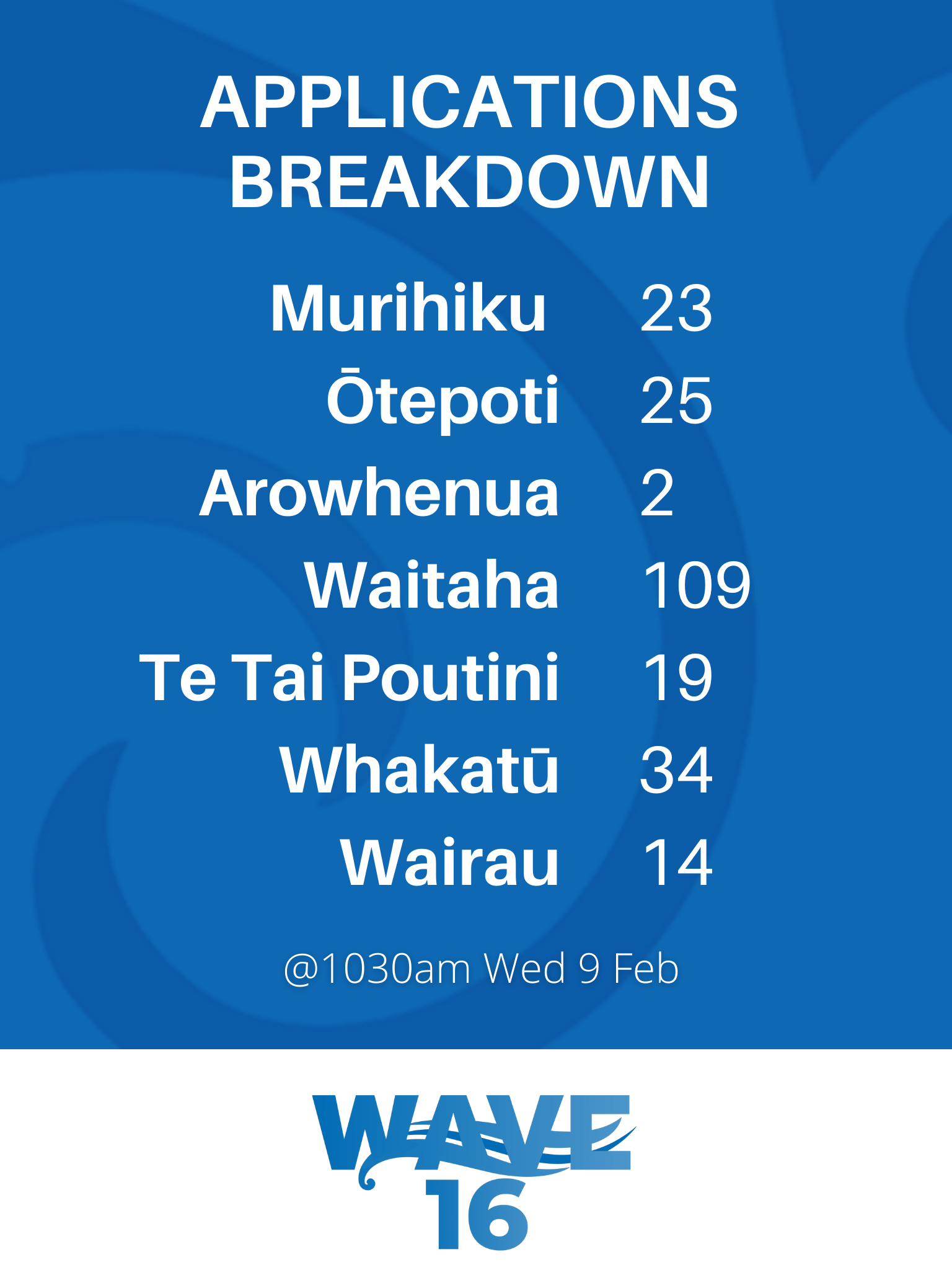 It has been amazing to see the number of whānau visiting our website and starting to fill out an application for Wave 16. This week we reached 226 applications, with a good geographical spread across the motu. Our team are now working hard with all applicants to make sure they’ve got everything they need to get their application across the line before the fund closes on 28 February. If you’re thinking about applying, or if you’ve already started, make sure you get in touch with us if you have any pātai, or even if you want us to review your application and give you some feedback before you submit it. 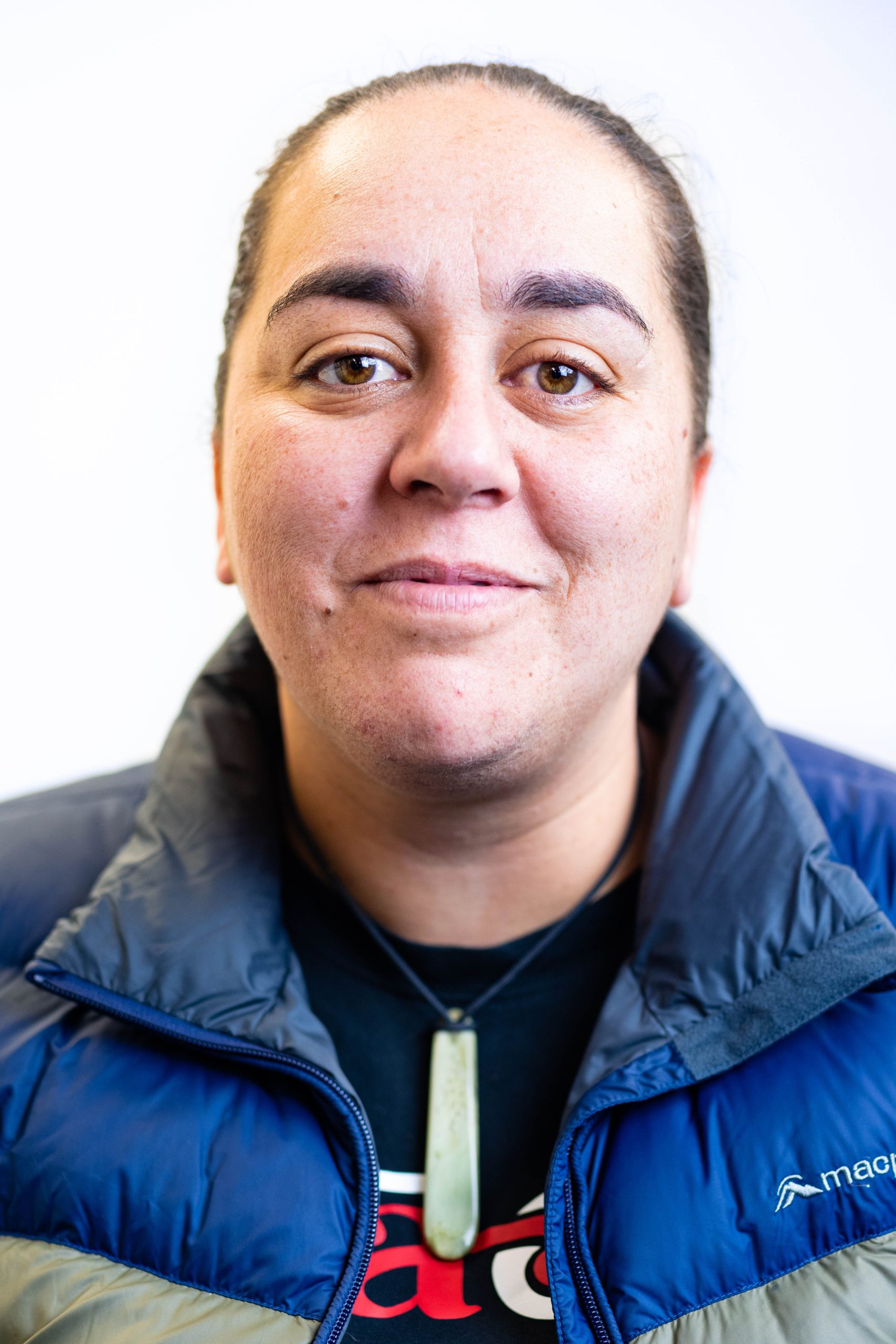 This week we made a very sad farewell to one of our Navigator Manukura, the incredible Kylie Jane  Phillips. Kylie Jane joined Te Pūtahitanga o Te Waipounamu on 24 March 2020, just before the first nationwide lockdown. Into this frenetic context, Kylie Jane oversaw the establishment of a specialist workforce – overseeing, and indeed often stimulating her own networks – to establish 25 Manaaki Navigators. Through this workforce, we were able to extend into areas which we had previously been under-served.

It was a massive investment in whānau – and we needed a remarkable champion to oversee, cajole, inspire and lead. KJ has been all that and more. I think it is true, once a Navigator, always a Navigator.  It has been a massive 22 months in her life journey – and like her predecessors before her time– I am very confident that this exceptional experience will be a huge asset in her own career development. To this end, I am extremely proud to also announce that Kylie Jane is leaving to take up a position of national significance, in her role as Account Manager for COVID vaccinations, with the Ministry of Health in Wellington. I am sure we all wish her well in the leadership she will continue to exert.

On Thursday night the 2021 Women of Influence Awards took place, and we are delighted to congratulate Tia Potae for winning the inaugural Primary Industries award. This new category recognises leaders and innovators whose work is having a positive influence in the primary industry sector, and the incredible Tia is absolutely the most deserving candidate we can think of. With a background as a top wool handler and wool classer, Tia was recruited into the role of Whānau Ora Navigator in March 2020, based at Tokomairiro Waiora in Milton. In that role, she was an amazing ambassador for whānau in rural communities and had an immeasurable impact on the wellbeing of rangatahi working in the local shearing sheds.

Whānau on Te Tai Poutini have continued to experience torrential rainfall over the past week, with further evacuations on Thursday and Friday. We know this is an incredibly anxious time for whānau, many of whom were already affected by last year’s flooding. We are staying in close contact with local Whānau Ora champions Te Hā o Kawatiri and Poutini Waiora, and encourage affected whānau to get in touch to seek support: email Rehia on rehia.mcdonald@teha.nz or  Shelley on shelley.mills@poutiniwaiora.co.nz 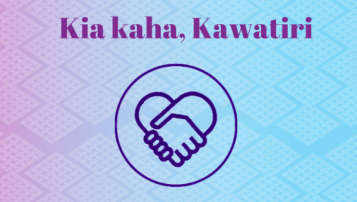 We were delighted to receive an update from Te Ahi Wairua o Kaikōura, sharing some of the amazing support they have provided to whānau over the past month. The team has grown by seven kaimahi, allowing them to build upon the services they offer. Click here for the full update. 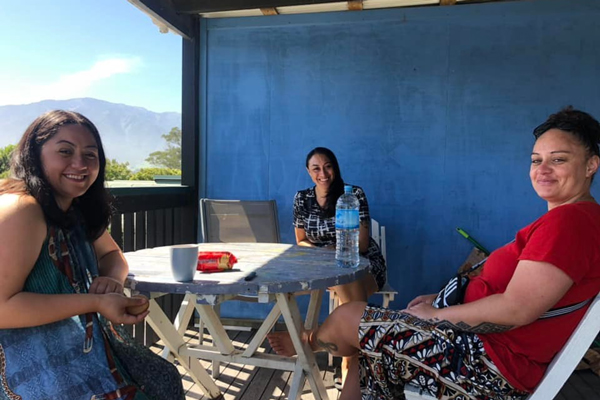